Mammootty's upcoming movie Shylock's new poster was shared on the official Facebook page of the megastar. Here is what the new poster of the movie looks like.

The poster of the Malayalam actor Mammootty's new movie Shylock was recently released by the actor on his Facebook page. The poster shows a side profile of Mammootty in glasses. The actor also shared another picture where he can be seen alongside his co-stars Raj Kiran and Meena in the poster. The three can be seen in traditional outfits as they laugh and clap at something.

Here is the new poster of Shylock: 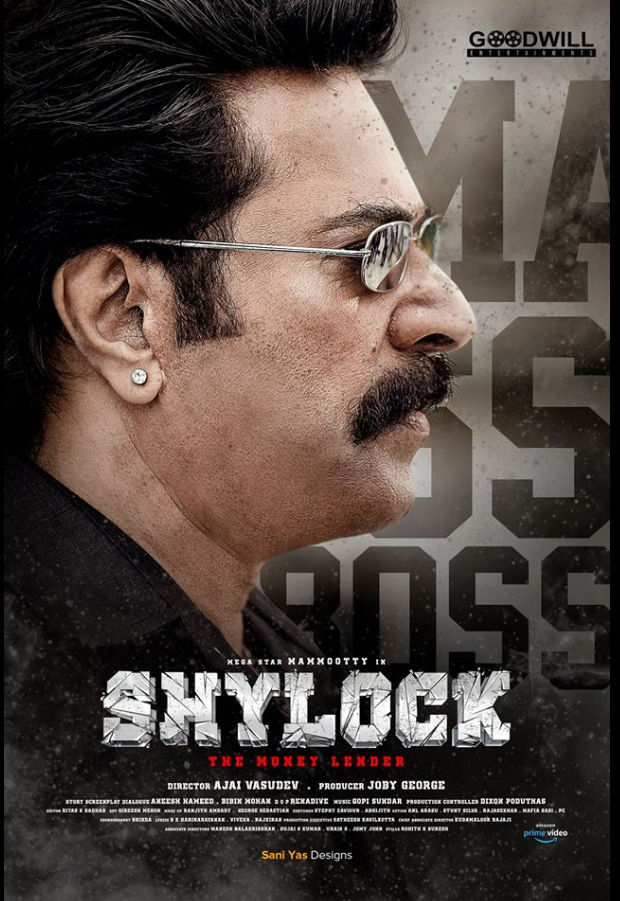 The teasers of the movie were also linked to the poster shared by Mammootty. The teasers look very promising. The movie is a combination of comedy and action and appears to be a complete family entertainer.

Here are the teasers of the movie:

Shylock will be the debut movie for the writers Bibin Mohan and Aneesh Hameed. The movie is directed by Ajai Vasudev. Joby George is producing the movie under the banner of Goodwill Entertainment. The music of the movie will be given by Gopi Sundar and the lyrics will be penned by Harinarayanan. The movie will also be released in Tamil as well as Malayalam.

ALSO READ | Everybody Is Concerned: Mammootty On Hyderabad Rape Incident

Mammootty will be essaying the role of a ruthless money lender and gangster in Shylock. Tamil actor Raj Kiran will have his debut in the Malayalam film industry with this movie. The movie is all set to release on January 23, 2020.

The actor is currently busy shooting for his upcoming movie One. One is a political drama in which the Chief Minister of Kerala is played by him in this film. Actors Vishnu Unnikrishnan, Renji Panicker, Sreenivasan, Joju George, and Murali Gopy will be a part of the movie and will be playing important roles. Ahaana Krishna's sister Ishaani Krishna will be making her acting debut in One. The movie will be directed by Santhosh Viswanath.