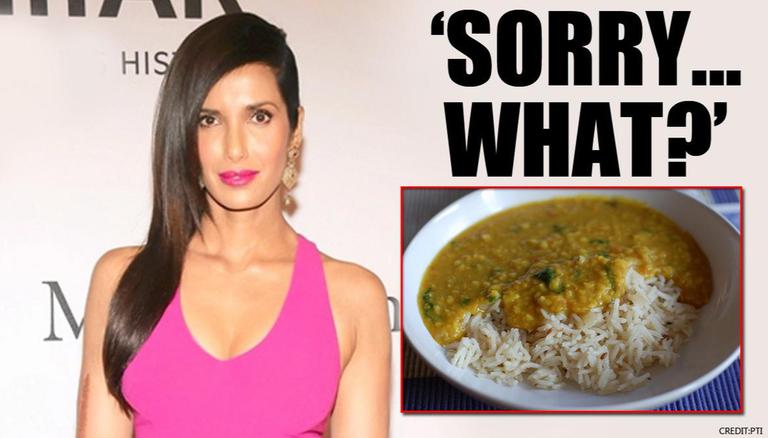 American author and host Padma Lakshmi on Tuesday expressed her disbelief over a non-Indian family raising objections against their child eating Indian food, which according to them was 'too spicy for small tummies.' Tweeting an article from a weekly blog wherein users send their queries to get advice, Padma Lakshmi shared the experience of how the non-Indian family felt 'offended' that their 9-year-old son was fed Indian curry at his Indian friend's house without being 'consulted' before.

"I couldn’t believe that they served my son spicy curries without even calling to ask us if that would be OK! I was taken aback and gently mentioned that spicy foods can be hard on small tummies, but it didn’t seem to register," read the query in the blog.

The family's racial statement passing off all Indian curry as 'spicy' was not only shocking but also earned a befitting reply from the author of the blog. Padma Lakshmi expressed her shock over the incident saying, 'Sorry... What?" earning garner of responses and support from people for Indian food and culture.

Netizens soon called out the 9-year-old's dad for finding food with flavour-- 'spicy' lashing out at them for putting the Indian family and their own son in an awkward position who not only enjoyed the dinner and his friend's house but also ate a healthy meal instead of the usual American 'mac and cheese.'

Not surprising from the “mayonnaise is spicy” crowd; our only recourse is to continue to educate each other.

If my son had curry at a friend’s house, my only concern would be “did you send leftovers for me??” 😂❤️

And this Indian mother was made to feel bad because she shared one of the greatest lifetime experiences of getting to eat a home cooked meal from a new culture with a sweet boy! This makes me so mad.

The only danger of introducing Indian food to kids is that it’s so damn good, they may never eat anything else (said by mom who gave toddler sag paneer who is still loving it 15 years later) 😋

How dare they let my child experience...flavor?! He may never like the bland underseasoned food we serve him again!