Thalapathy Vijay, Deverakonda & Other South Indian Stars In The Best Outfits This Week

South Indian celebrities Vijay Deverakonda & many others are considered as fashion icons by many. Check out some best outfits of the week donned by these stars

Also Read | Following IT Raids At Thalapathy Vijay's House, 'Master' Team To Shoot Without Him?

Kajal Aggarwal, who enjoys a massive fan following in the country has proved to be a fashionista, and loves to keep her best foot forward. Recently, Aggarwal shared a series of pictures from her recent photoshoot, in which the actor can be seen sporting a velvet, maroon Tarun Tahiliani outfit. The actor styled her look with a mang tikka and a beaded neckpiece. Kajal Aggarwal looked amazing in this heavily embroidered outfit.

Also Read | Following IT Raids At Thalapathy Vijay's House, 'Master' Team To Shoot Without Him?

Also Read | Thalapathy Vijay's Salary After IT Raids Is Revealed To Be THIS Much; Find Out

Considered as a fashion icon by many down south, Thalapathy Vijay has managed to up the style quotient on several occasions. Take a look at some of his pictures that prove the same. 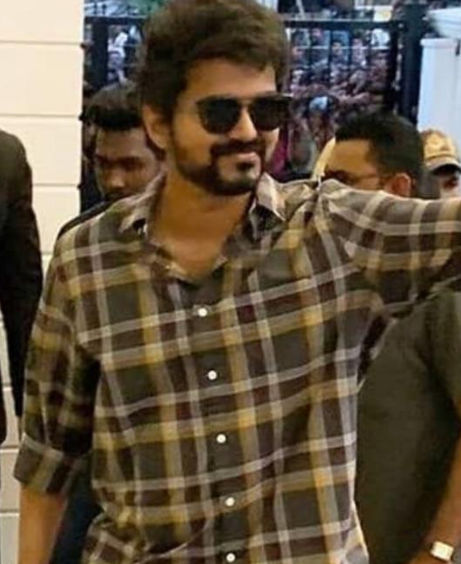 Considered as one of the finest actors down south, Mamta Mohandas has been entertaining the Malayalam audience for 14 years and has proved her mettle as a fashionista, as the actor is known for her experiments in fashion. Recently, Mamta shared a picture on social media, in which the actor can be seen in a turtle-neck crop top, accessorised with some heavy earrings. Take a look:

Nazriya Fahad dipped her toes in the Malayalam film industry as a child artist and has been taking the audience off their feet with her stellar onscreen performances since then. The actor has also been entertaining the audience with her pictures on Instagram. Recently, Nazriya shared a picture, in which the actor can be seen all cosy with her dog. In the picture shared, Nazriya has sported a simple white top, with hair clipped behind. Take a look:

PEOPLE HAVE PLEDGED SO FAR
Thalapathy Vijay is back on the sets of 'Master' after being questioned by IT officials
Thalapathy Vijay is all set to join the team of 'Master' as shoot resumes in Neyveli
Thalapathy Vijay's salary after IT raids is revealed to be THIS much; Find out
Following IT raids at Thalapathy Vijay's house, 'Master' team to shoot without him?
From 'Tipu Sultan' to Bachchan, 'Indian 2' accident puts focus on safety norms in industry
Taapsee Pannu, Rishi Kapoor react as Team India clinches 1st win in Women’s T20 World Cup
Tamil actor Gayatri Sai files FIR against delivery boy for sharing number on adult groups
DO NOT MISS
AKHILESH VISITS AZAM KHAN IN JAIL
JUSTICE S. MURALIDHAR ON TRANSFER
EXTRADITION HEARING PAUSED: ASSANGE
DELHI VIOLENCE: CRIME BRANCH FORMED
SHOCKING FINDINGS AT TAHIR'S OFFICE
RAVI SHASTRI ON SECOND IND-NZ TEST