Team of Allu Arjun visited the actor's residence on Wednesday to celebrate his birthday. The pictures from their visit were uploaded online. Check out the pics.

Allu Arjun celebrated his 37th birthday with his wife, Sneha, and kids, Ayaan and Arha on April 08, 2020. Many Tollywood celebrities took to social media to wish the actor. However, his team went a step ahead; they paid him a surprise visit at his residence in Hyderabad. Srinivasan from Allu Arjun's team posted pictures of their visit on his social media handle.

He wrote: "Never missed wishing #StylishStarAlluArjun on his birthday from last 19 years." Meanwhile, Srinivasan also revealed that Allu Arjun's birthday celebrations were conducted keeping in mind the rules and regulations of the lockdown. Here are pictures of Allu Arjun with his team.

Never missed wishing #StylishStarAlluArjun on his birthday from last 19 years
This time too did with maintaing #SocialDistance & other saftey precautions. Conveyed all of ur wishes#SocialDistanceselfie #Quarantineselfie
With Stylishstar @alluarjun #HappyBirthdayAlluArjun pic.twitter.com/wm05tBhTK8

A superstar who values & cherishes his team membersðŸ‘ŒStylishstar @alluarjun's team met him at his residence & wished him on his birthday. #AlluArjun took a selfie with them, maintaining #SocialDistancing normsðŸ‘Œ@SKNonline @imsarathchandra @IamEluruSreenu#HappyBirthdayAlluArjun pic.twitter.com/ytdW9LQ3Jv

Also Read | As Allu Arjun Unveils 1st Look Of His Next Film, Take A Look At His Whopping Net Worth 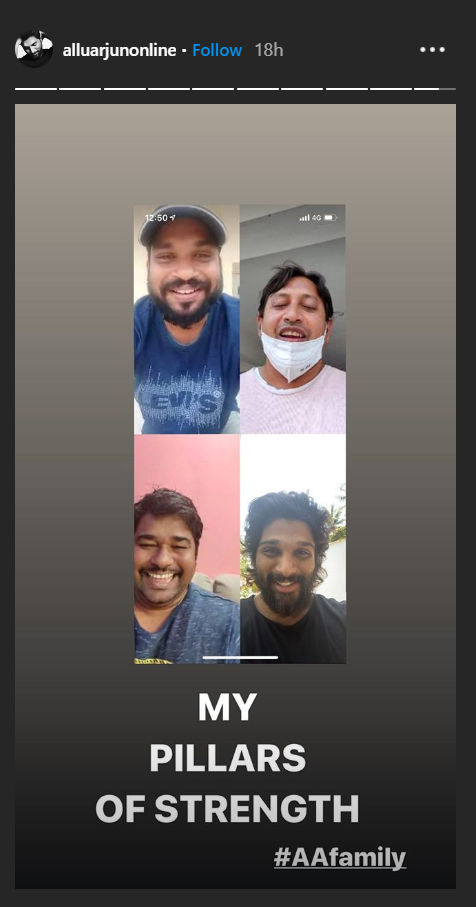 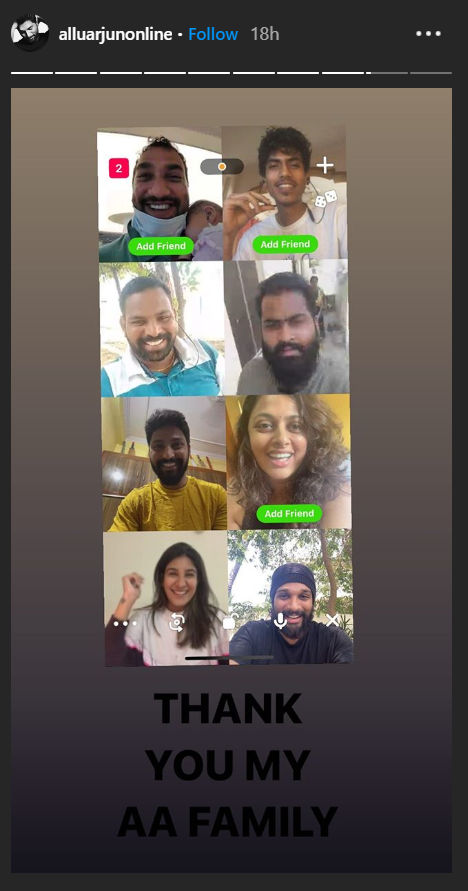 Meanwhile, on the occasion of Allu Arjun's birthday, the makers of his upcoming film released the first look poster of the film. The movie, titled Pushpa, is touted to be a multi-lingual that will simultaneously release in Tamil, Telugu, Kannada, and Malayalam. The Sukumaran directorial also features Rashmika Mandanna in a pivotal role.

Check out the look:

The Allu Arjun starrer is reported to be in the pre-production stage. The upcomer is reported to be an action entertainer set against the backdrop of Nallamala forest smuggling. The Sukumar directorial is reportedly stalled due to the Coronavirus pandemic. However, reports claim that the makers are planning to start the shooting soon.