Chiranjeevi has posted a picture collage where he recreated a 30-year-old pic with wife and highlighted how the times have changed. Read for more details.

Chiranjeevi is one of the biggest stars of the South Indian film industry. The actor has been sharing interesting updates during the lockdown ever since he has made his social media debut recently. One such interesting picture was posted by the actor on Monday where he did a ‘Then and Now’ take on one of his old photos with his wife.

Chiranjeevi recreates a pic with wife from 30 years ago

In the picture collage, Chiranjeevi is seen with his wife and the pictures have some striking similarities. The pictures are from 30 years apart but the husband-wife can be seen spending time the same way. Not only is the duo wearing the same coloured clothes, but the two are also doing similar actions in both the pictures.

Chiranjeevi can be seen cooking something on the gas stove, as his wife holds a container in her hand as she looks the other side, away from Chiranjeevi. As Chiranjeevi has worn a blue T-shirt and blue denims, his wife is clad in a beautiful red saree. However, the caption in the picture is what has been catching the attention of fans.

Chiranjeevi has written in the post in the old picture, he is spending a joyful holiday in America in the year 1990. Whereas now he is spending time doing the same thing and is having a ‘jail-full holiday in Corona 2020.’ Check out the picture collage below.

Fan reactions to the picture collage

As soon as the post went up, fans were quick to react on the post. Many fans showered love on the two picture collage and said ‘memories bring back’. Some appreciated the actor for the beautiful comparison and the pictures. Some affectionately called him ‘boss’ and told him that he is their favourite. Check out some of the fan reactions to the picture collage below. 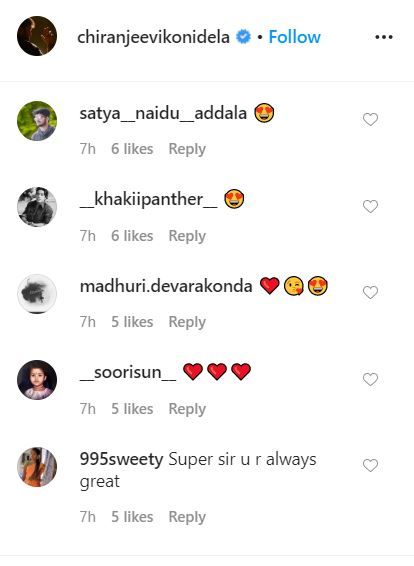 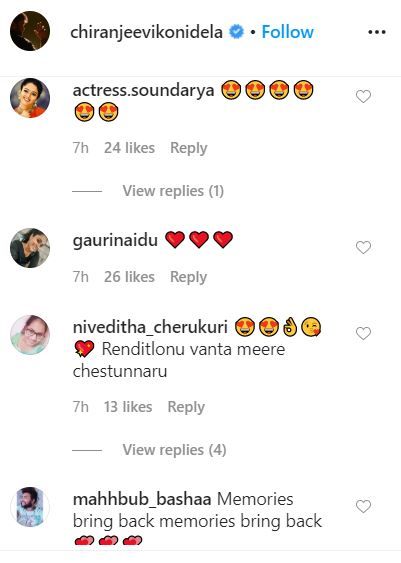 According to a leading media portal, Chiranjeevi was to be seen next in Acharya. This movie would be the actor’s 155th movie and is directed by Koratala Siva. The movie was scheduled to release in the year 2020.

Read Also | From Prabhas To Chiranjeevi: 5 South-Indian Actors Who Dropped Their Last Names On Screen

PEOPLE HAVE PLEDGED SO FAR
LATEST NEWS
View all
17 hours ago
Chinmay Mandlekar shares throwback poster of 'Farzand' as film completes 2 yrs; Read
20 hours ago
Suriya talks about 'Soorarai Pottru' release, says 'eagerly waiting to see it in theaters'
17 hours ago
Jayaram talks about Mani Ratnam's 'Ponniyin Selvan'; says 'it's like Mahabharata'
19 hours ago
Priya Prakash Varrier is back on Instagram, says 'I wanted a break from social media'
19 hours ago
Mani Ratnam's birthday: Here are his best collaborations with AR Rahman