Recently, Kichcha Sudeepa shared a collage of himself. In the photo, he flaunted his six-pack abs and bulging biceps. Fans are going gaga over his look. See pic

Though most of us are cooped indoors due to the nationwide lockdown, it seems like actors and public figures are inspiring us to work on health and artistic skills. Recently, south actor Kichcha Sudeepa also joined the list as he posted a collage of his pictures. The six-packs abs and bulging biceps left the fans in awe of him as they flooded the comments section with praises.

Interestingly, the 46-years-old actor took to his Instagram handle and shared a picture of his chiselled body in his latest post. His ripped body in gym vests and tracks grabbed the attention of his fans and internet users. Instagramming the post, he wrote a caption that read, 'Efforts,,,,Invest it to do better.' From flooding heart and fire emoticons to going gaga over his body, fans poured their love on the actor.

One of his fans wrote, 'Hard work always pays off' while acknowledging his efforts. Meanwhile, a few called him 'Boss'. Another user expressed love for Sudeepa and penned that read, 'Badshah for a reason'. While another user wrote 'The lion is back and he roars again'. Check out some fan reactions below: 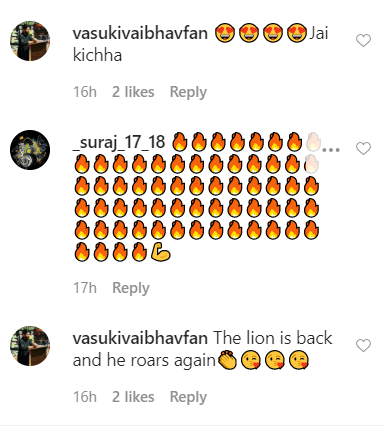 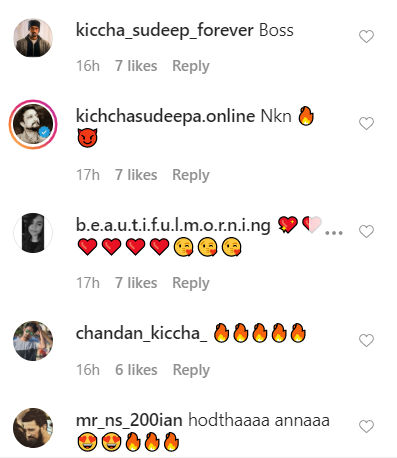 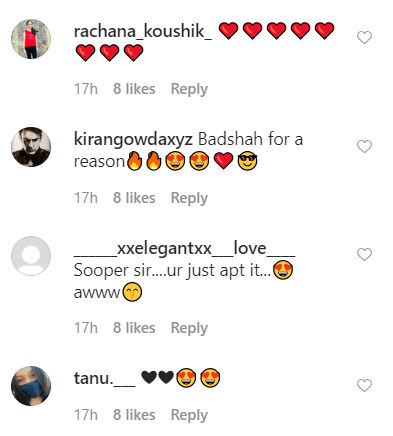 Apart from this, the Sye Raa Narasimha Reddy actor recently praised his Maanikya co-star V. Ravichandran as their film clocked 6 years on May 1, 2020. He shared a photo of himself along with Ravi. The duo is seen dancing together in the still. Many in the comments section praised the performance of the duo and appreciated the film released in 2014. Interestingly, Kichcha Sudeepa not only acted but donned the director's hat for the film too.

Talking about the professional front, he was last seen in Bollywood film Dabangg 3, which also featured Salman Khan and Sonakshi Sinha in the lead. The action-drama was a commercial hit. Sudeepa has multiple projects in his kitty including Phantom and Kotigobba 3.

PEOPLE HAVE PLEDGED SO FAR
LATEST NEWS
View all
13 hours ago
2 arrested after destruction of church set of tovino thomas' 'minnal murali' sparks row
14 hours ago
Dhanush's 'pudhupettai' trends on twitter as it completes 14 years at the box office
14 hours ago
Aashiq abu reprimands 'fanatics' for destroying 'minnal murali' sets
14 hours ago
Coronavirus scare brings back drive-in movie theatres in the united states; read details
9 hours ago
Jyotika talks about challenges during 'ponmagal vandhal', says she had to "mug up" tamil