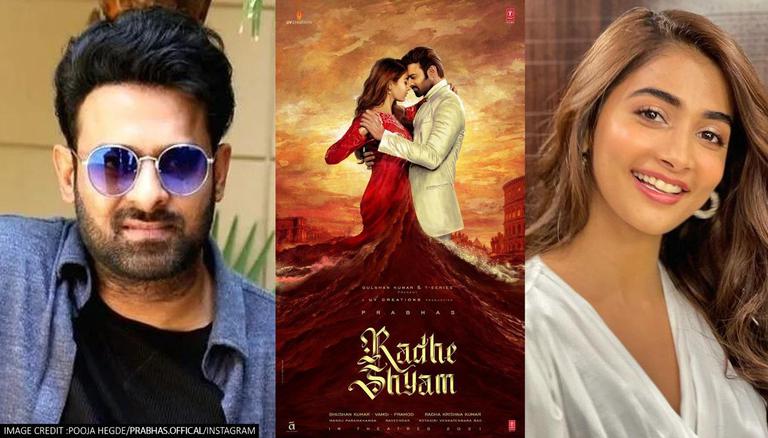 
Pooja Hegde’s birthday celebrations turned double special after the makers of her next film Radhe Shyam treated fans with the first look at her character. The actor will be seen opposite megastar Prabhas. Prabhas extended his heartfelt birthday wishes to Pooja while sharing the poster of her character in Radhe Shyam on his Instagram handle as he introduced her as Prerana.

The upcoming film is slated to hit the screens on January 14, 2022. The movie has created quite a stir since its announcement as fans are excited to see the fresh pairing on the screen and Prabhas as a romantic hero. On the occasion of Janmashtami in August, the makers set the internet ablaze by releasing a new poster from the movie featuring the lead actors donned in exquisite ensembles romancing by a piano. The chemistry of the two stars in the posters has intensified the curiosity of the fans who are eagerly waiting to watch the fresh pair stir magic on the big screen.

In the new character poster shared by the Baahubali star, Pooja can be seen looking gorgeous in an exquisite white floor-length dress as she looks back and smiles. Apart from her stunning looks, fans can also watch the amazing background. The poster mentioned, “Happy Birthday Prerana.” The forthcoming film is directed by Radha Krishna Kumar. Apart from the lead pair, the film features an ensemble star cast including Krishnam Raju, Sachin Khedekar, Priyadarshi, Bhagyashree, and more renowned actors. Backed by UV Creations, the film will be released in multiple languages. The film also marks Prabhas’ return to the romantic genre after a gap of almost a decade. 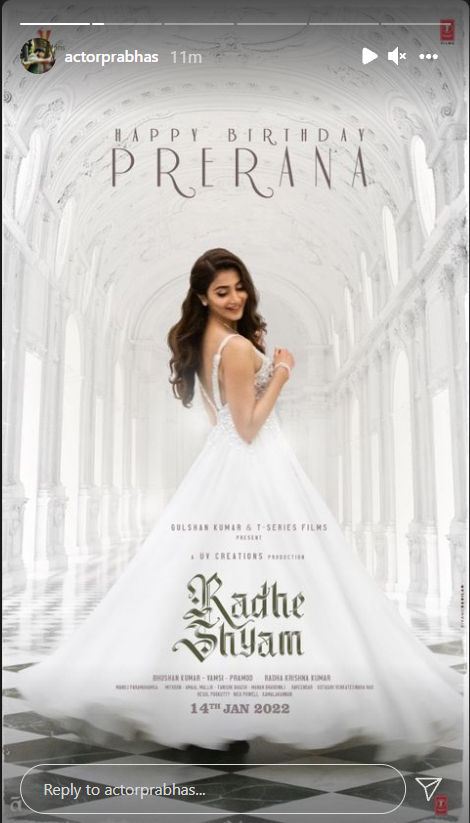 Meanwhile, apart from Radhe Shyam, Prabhas will next be seen in the action thriller movie Salaar alongside Shruti Haasan. He will also be seen in an Indian mythological film Adipurush based on the Hindu epic Ramayana. Prabhas will be seen portraying the role of Lord Ram along with Kriti Sanon as Sita and Saif Ali Khan as Lankesh (Ravana). Adipurush is one of the most expensive Indian films ever made. Prabhas is also set to star opposite Deepika Padukone for an upcoming untitled sci-fi movie directed by Nag Ashwin. On the other hand, Pooja will next be seen in Circus alongside Ranveer Singh.

READ | Guess: Which star was Sandeep Reddy’s choice for ‘Spirit’ before Prabhas?

WE RECOMMEND
Prabhas wishes Amitabh Bachchan on his 79th birthday; calls him 'legend of all times'
Guess: Which star was Sandeep Reddy’s choice for ‘Spirit’ before Prabhas?
Prabhas joins hands with Sandeep Reddy Vanga for his 25th film 'SPIRIT'
Prabhas to announce new film as he completes 25 years in industry on October 7?
Saif Ali Khan shares experience of working with 'Bahubali' Prabhas in 'Adipurush'
Listen to the latest songs, only on JioSaavn.com