Recently Ankita Lokhande shared a series of pictures from their celebration of Holi yesterday i.e. on March 10, 2020. Read on to know more about Ankita's pics

Television actor Ankita Lokhande rose to fame after her stint in the daily soap Pavitra Rishta alongside Sushant Singh Rajput. Since then, the actor has come a long way. Recently, she shared a series of pictures from their celebration of Holi yesterday i.e. on March 10, 2020.

In the pictures, Ankita Lokhande can be seen all smeared in various colours. She was accompanied by her beau Vicky Jain and other friends. Have a look at Ankita Lokhande’s Holi celebration here:

Have a look at Ankita Lokhande’s picture with Vicky Jain here:

Here’s how fans are reacting: 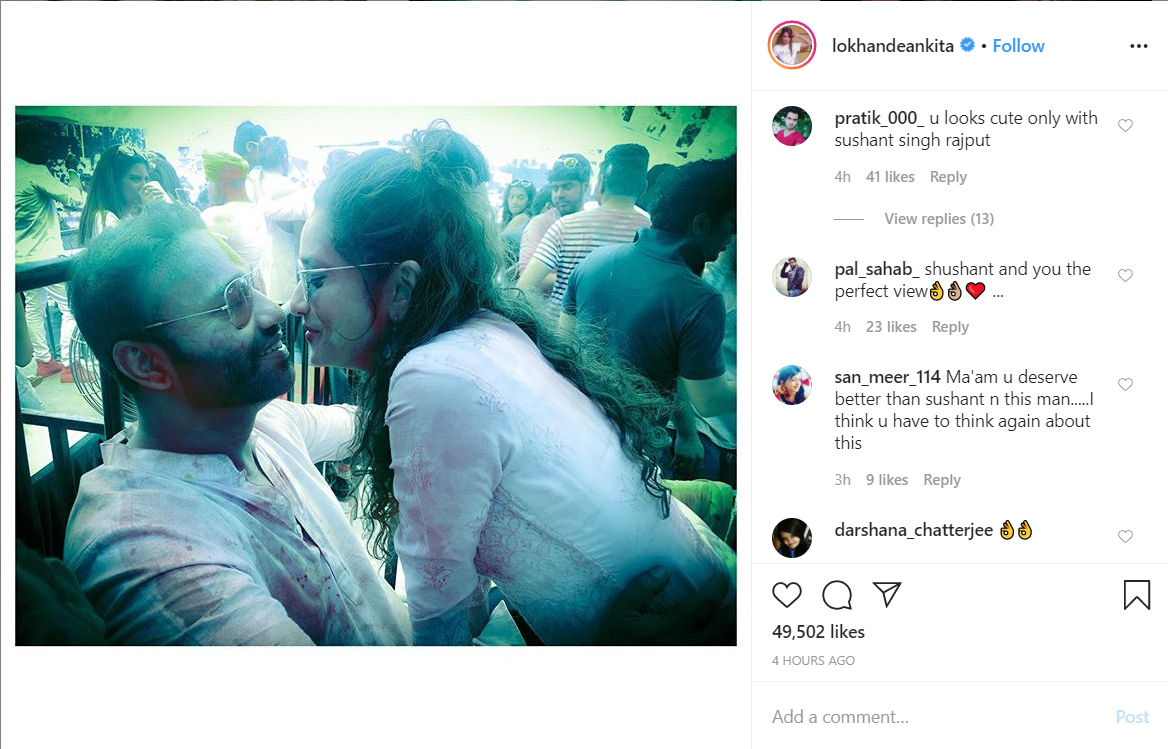 ALSO READ| IN PICTURES | Ankita Lokhande's Boyfriend Vicky Jain Goes Down On One Knee, Here's How The 'Manikarnika' Actress Responded

On the work front, Ankita Lokhande’s latest release was Baaghi 3. Along with Ankita Lokhande, the movie starred Tiger Shroff, Shraddha Kapoor and Riteish Deshmukh in pivotal roles. Directed by Ahmed the movie was jointly is jointly bankrolled under the banners of Nadiadwala Grandson Entertainment and Fox Star Studious.