Taking to her Instagram handle, Rupali Ganguly shared a series of photos with Gaurav Khanna from the sets of Anupamaa to wish him a happy birthday. 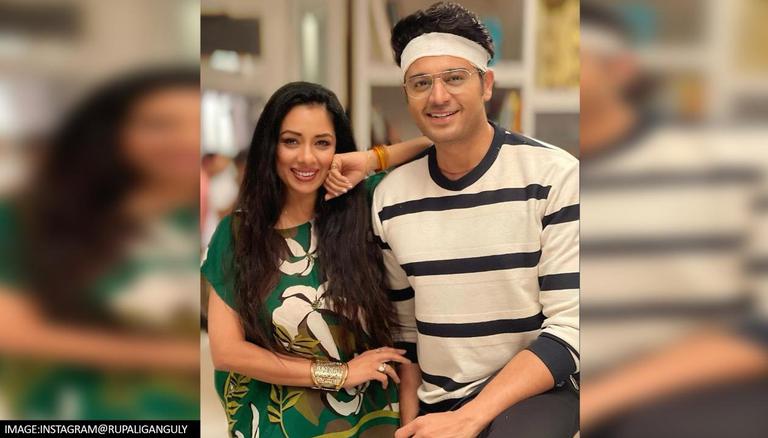 
The show Anupamaa is one of the most-watched TV daily-soaps in India. The show's plot revolves around a middle-aged woman, who begins her life again after her husband cheats on her. It currently stars Rupali Ganguly and Gaurav Khanna in the lead roles. While the two portray to be friends in the show, the duo has become close pals in reality too. As Gaurav Khanna recently rang into his 40th birthday, Rupali Ganguly penned a heartfelt note for her friend and co-star.

Taking to her Instagram handle, Rupali Ganguly shared a series of photos with Gaurav Khanna from the sets of Anupamaa. The photo had Rupali in a green coloured floral dress. She accessorised her outfit with a golden bangle and looked beautiful in the open hair look. On the other hand, Gaurav Khanna wore a black and cream coloured striped t-shirt. Sharing the photos, Rupali Ganguly penned a heartfelt note and also called Gaurav Khanna the National Crush. She wrote, "Happy Birthday National Crush.
Thank you for being a fantabulous Anuj to my Anupamaa! There absolutely couldn’t have been anyone better. THU THU THU." Gaurav Khanna reacted to the photo and wrote, "@rupaliganguly thank u thank u thank u for being such a wonderful person, Co actor and a friend..."

Gaurav Khanna's co-actor Jaswir Kaur also shared a photo with Gaurav Khanna on his birthday. Sharing a selfie via IG stories, Jaswir wished the actor a happy birthday. She further complained she does not have a good picture with him and wrote, "Don't have a good pic with for posting. Never got a chance to click." Jaswir Kaur plays the role of Devika, Anuj and Anupama's college friend. Madalsa Chakraborty, who played the role of Kavya in the show, also shared a photo with Gaurav Khanna and sent him warm wishes. 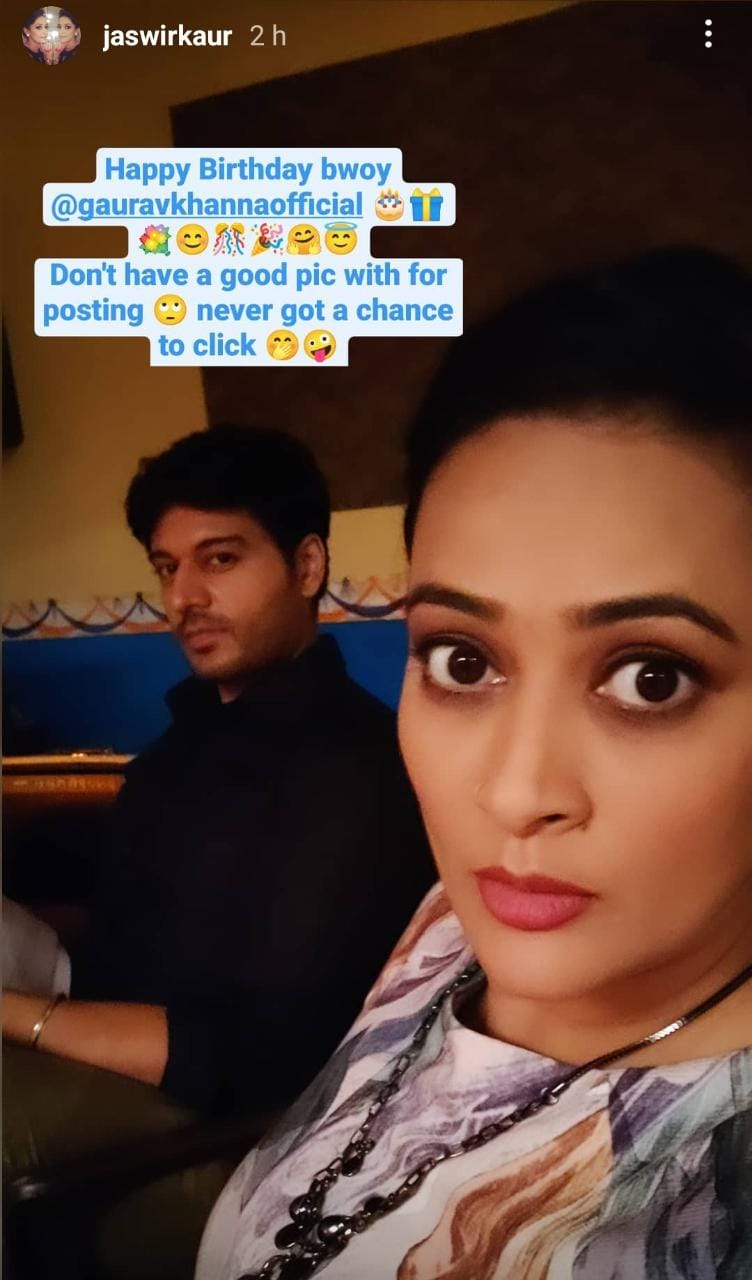 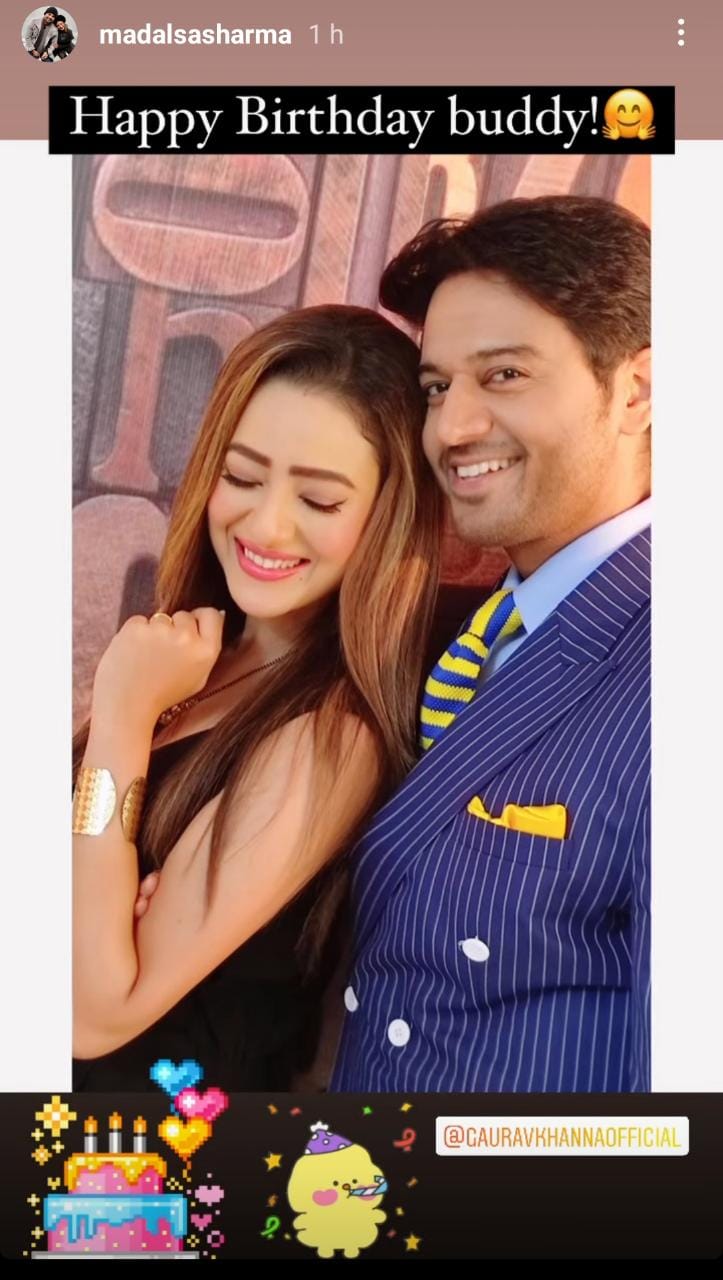 READ | 'Anupamaa': 'Anuj' a.k.a Gaurav Khanna reflects on his chemistry with Sudhanshu Pandey