Priyank Sharma recently took to Instagram to show off his impressive physique. However, Anusha Dandekar wondered how fans would react if she wore his gym pants.

Priyank Sharma is well-known for his love of fitness and his strict workout routine. The actor often takes to social media to share pictures of his daily workout sessions. Recently, Priyank Sharma posted a shirtless workout video on his Instagram page. While many of his fans and peers were impressed by his physique, actor Anusha Dandekar was more interested in his super low-waist pants. Anusha Dandekar took to the comments to question what would happen if she wore the same outfit.

Anushka Dandekar has an interesting question

Above is the video that Priyank Sharma recently shared on his official Instagram page. The video featured a shirtless Priyank Sharma working out in a gym. In the caption for the video, Priyank Sharma wrote that it was going to be "bigger and better This Time".

Fans were absolutely impressed by Priyank's amazing physique and his workout routine. Many were also inspired to workout themselves. Even several of Priyank's celebrity friends praised him in the comments section of the post.

However, one celeb, Anusha Dandekar, was more intrigued by Priyank's outfit. Anushka Dandekar wondered what would happen if she ever wore her pants that low. She pointed out how different the reaction would be if she wore Priyank's super low-waist pants. Many fans were amused by Anusha Dandekar's humorous comment. 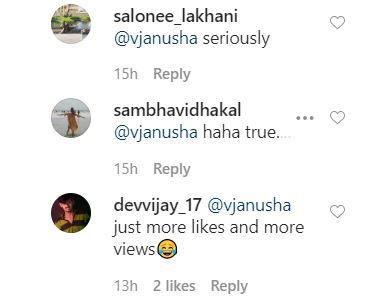 Meanwhile, actor Akash Choudhary hilarious responded to the post by saying that "he was getting depressed and crying in a corner" after seeing Priyank Sharma's physique. Samyuktha Hegde was inspired by Priyank's video and said that she could not wait for the gyms to open up again. Here are some other celebs who commented on Priyank Sharma's hardcore workout video. 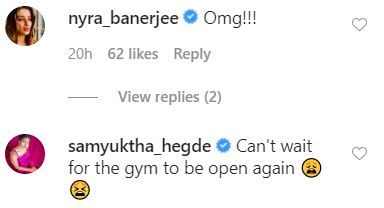 This is not the first time that Priyank Sharma has shown off his love for working out. The actor often shares photos and videos of his strict work out routine on his official Instagram page. Just a few days ago, Priyank Sharma took to social media to show off his massive dumbbell collection.