Also Read: Dwayne Johnson's Tattoos On His Instagram Could Be An Inspiration For Your Next Tattoo

Also Read: Oscars 2020: Keanu Reeves Does It Again, And The Internet Is FLOORED By His Gesture

In the last episode, Rashami Desai said that she was confused about Arhaan and she also revealed that he had hidden many things from her. Sana took to her Instagram story to share her views regarding Rashami Desai, Paras Chhabra, and Asim Riaz. Sana Khan began sharing her opinions by taking pictures from the show.

Here is what Sana Khan feels

First, she took a picture of Rashami and captioned it saying "I feel you Rashami. Being cheated in a committed relationship is the worst. I know it is tough to detach from a person you loved from the bottom of your heart but some people don’t deserve love and respect. You will have the best in your life. Once a cheater is always a cheater don’t forget". 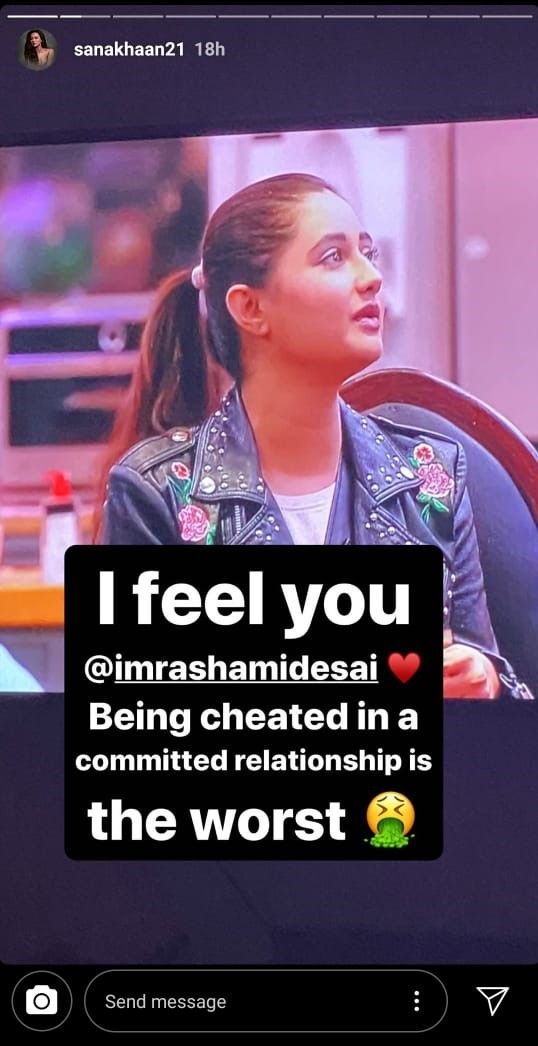 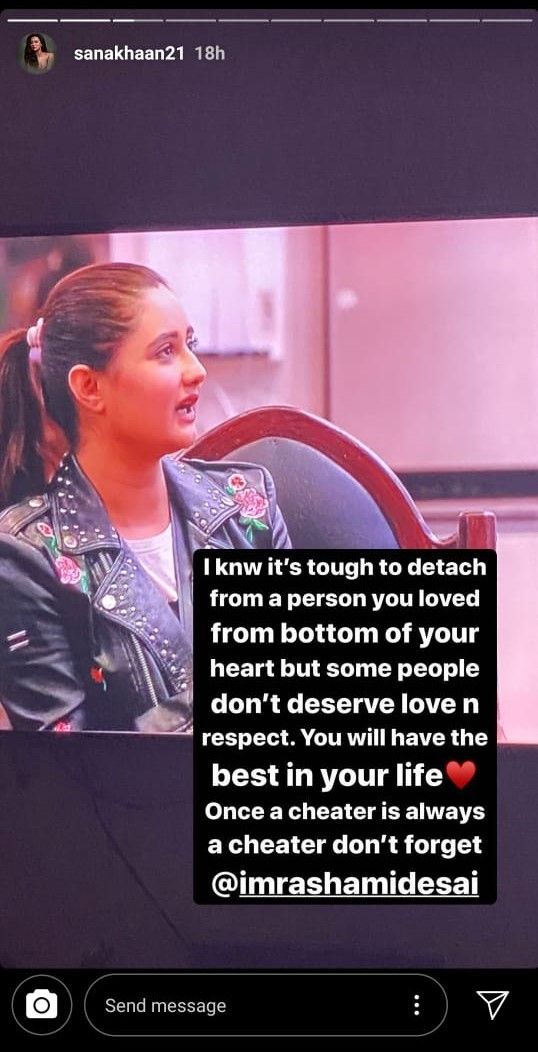 Not Just Rashami, Sana Khan badly trashed Paras Chhabra. She took a snap of Paras from the show and captioned it saying "This guy is such a liar. He has publicly humiliated a girl on national tv coz he is a cheater again. And now he is humiliating her more with all the lies. Just coz now you have feelings for someone else and a player with girls, you talking more about Akanksha. Sahi kaha soch hi gandi hai. Talks s**t about girls. Kisses and hugs a girl on TV while you have a wonderful girl out. Shame on such lowlife girls who gets in a relationship with a committed guy #shameonsuchgirls”. 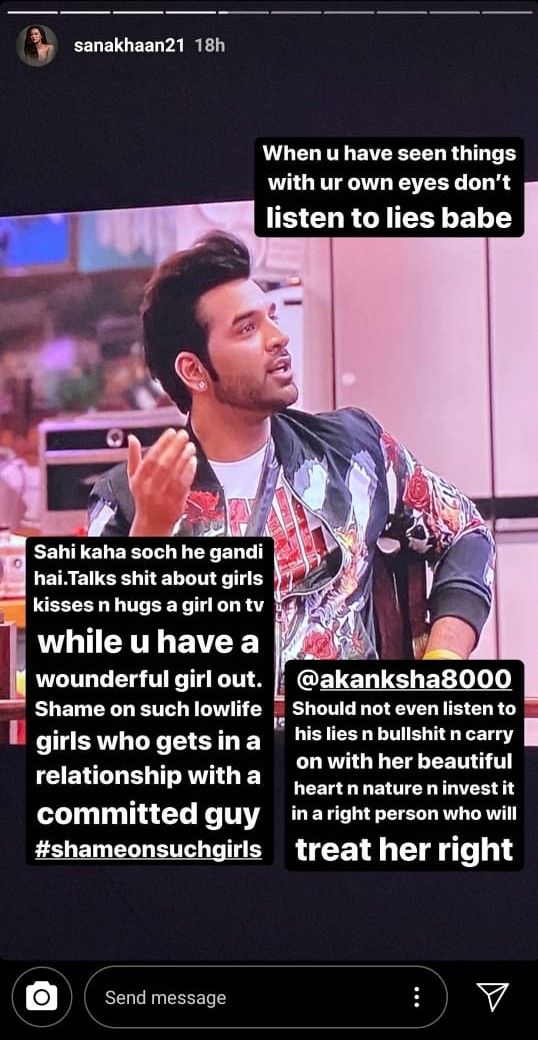 About Asim, Sana Khan said that "Asim is so right in what he is saying and yes he has been little aggressive o more at times but everyone has been aggressive. So true Sid with Paras has been understanding but he has been insulting Asim many times". After all this, it can be seen that Sana Khan has been closely following the show. 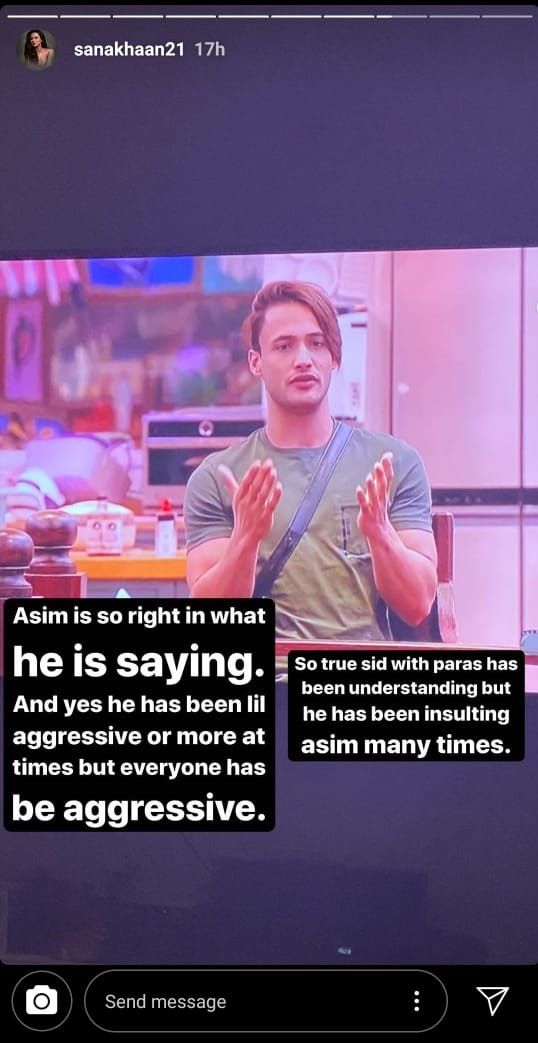