Bigg Boss 13 finalist Shehnaaz Gill recently shared a video, grooving to the new song of Neha Kakkar which left the latter super impressed. Check it out.

Shehnaaz Gill was one of the most entertaining contestants in Bigg Boss 13. The 'Punjab's Katrina Kaif' is now busy with her new show, Mujhse Shaadi Karoge. Even after the show is over, fans cannot get enough of her endearing antics. She grabbed the limelight for several reasons.

Even the host, Salman Khan was visibly fond of her. Shehnaaz is also treating her fans with many pictures and videos of hers despite a busy schedule. Recently, she took to her social media to share a new video after which she surely found a fan in form of Neha Kakkar and Tony Kakkar.

Neha Kakkar and Tony Kakkar were impressed by Shehnaaz's act

Shehnaaz shared a recent video wherein she can be seen grooving in Neha and Tony's new track, 'Goa Beach'. She can be seen slaying it with her lovely expressions. But not only fans, but she also left Neha and Tony awestruck with the act.

The siblings soon took to their social media to react to her performance. While Neha called her a 'cutie', Tony too shared his love for Shehnaaz on his social media handle. Take a look at Shehnaaz Gill's act and how Neha, as well as Tony, reacted to it. 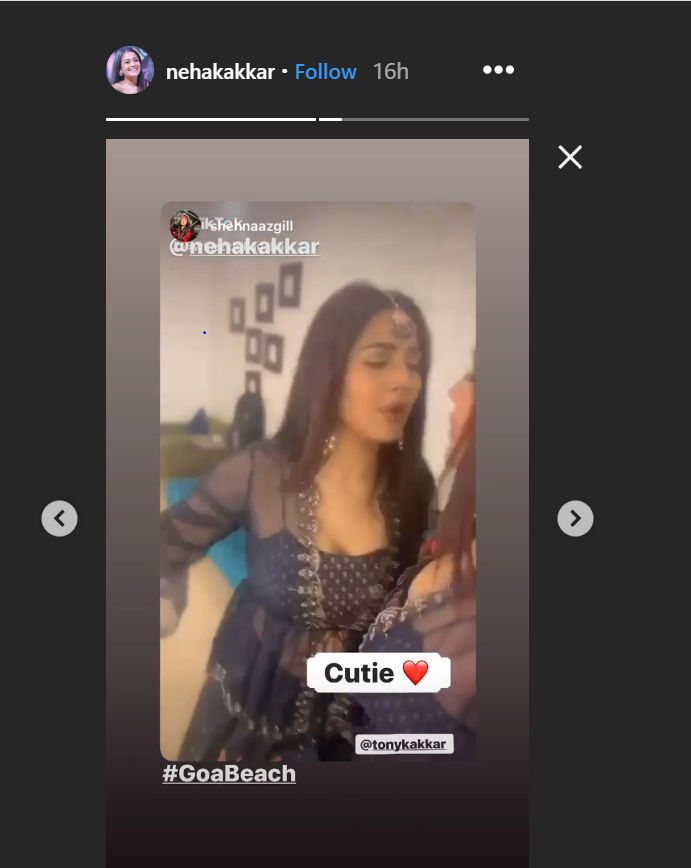 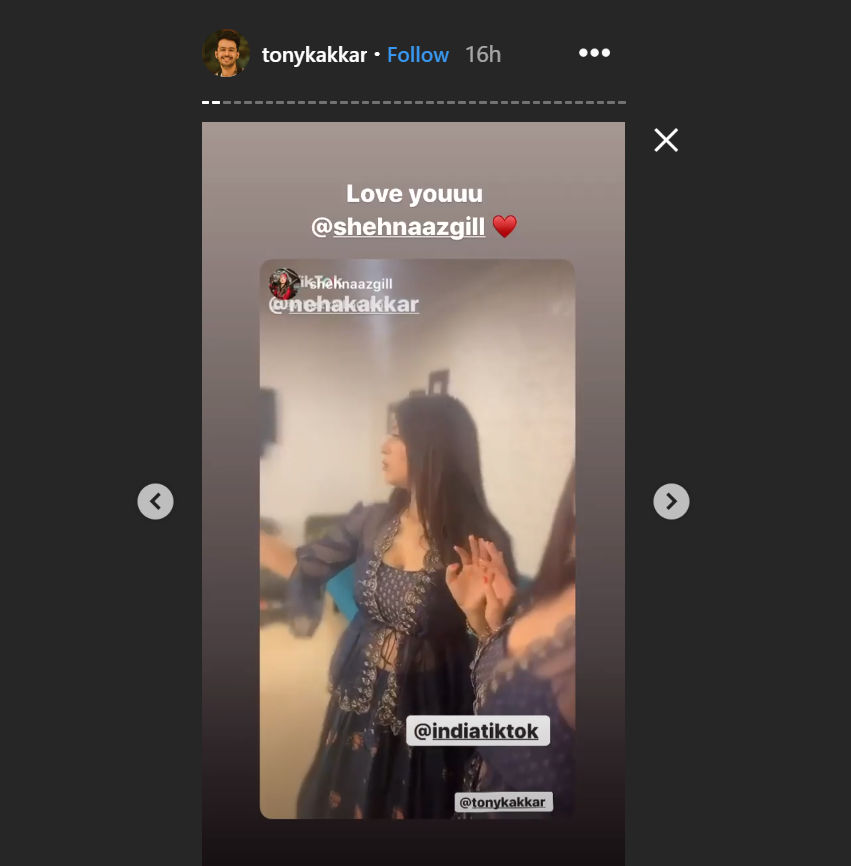 Recently, Shehnaaz also performed on a romantic dance number with Sidharth Shukla. The two are fondly known as 'SidNaaz' by their die-hard fans. Shehnaaz Gill also posted a picture with Sidharth Shukla on her social media handle. The picture literally broke the internet with fans going gaga over their reunion as well as their sizzling dance performance.

Shehnaaz is currently entertaining the masses once again on her show, Mujhse Shaadi Karoge which also stars Bigg Boss 13 finalist Paras Chhabra. The two can be seen on a quest to find their suitable partners on the show.

Also Read: Sidharth Shukla Reunites With Shehnaaz Gill To Perform A Romantic Number At A Show