'Choti Sarrdaarni' actor Mansi Sharma recently welcomed a baby boy along with husband Yuvraaj Hans. The couple shared the news on social media too. Read on.

The Choti Sarrdaarni actor's husband also shared a beautiful picture on his social media wherein he can be seen holding the tiny fingers of the baby boy. He shared a heartfelt caption along with the picture wherein he stated how they will forever hold the hands of their child and guide him. Take a look at the Choti Sarrdaarni actor's husband's posts. 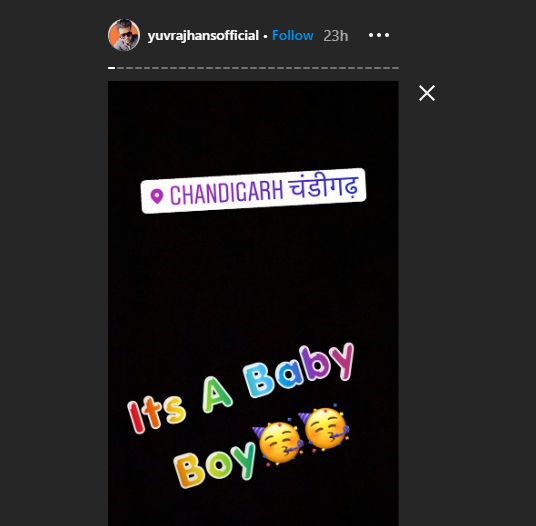 The Choti Sarrdaarni actor, Mansi Sharma also had a baby shower recently. Mansi Sharma had also taken to her social media to share a beautiful picture of the ceremony. The lovely couple could be seen twinning in pink traditional outfits in the picture.

While Mansi donned a lovely pink lehenga, her husband opted for a traditional sherwani. The couple also celebrated their first wedding anniversary in February. The lovestruck couple often takes to their social media to share some mushy pictures with each other, much to the happiness of their fans.

The couple got engaged in the year 2017. They tied the knot in a lavish ceremony on February 21, 2019, in Jalandhar. Take a look at their picture from the baby shower ceremony.