Bharti Singh recently posted her Goa Vlog and it was seen that she accidentally revealed the name of her baby. Take a look at the full video ahead. 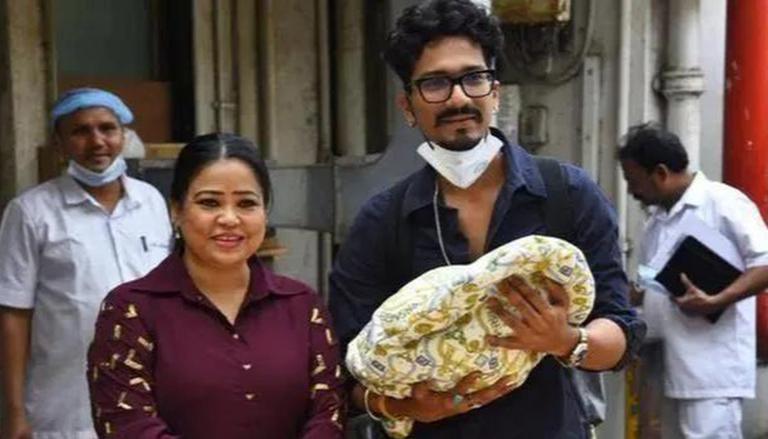 
Comedian Bharti Singh is currently busy embracing the best phase of her life after she and her husband Haarsh Limbachiyaa welcomed their baby boy on Sunday, April 3, 2022. The couple announced the news on their social media handles. Ever since the news of their baby's arrival came out in public, fans are eagerly waiting to see the newborn's glimpses band get more updates about what is the name of their baby. However, Bharti Singh's latest Vlog turned out to be a treat for the fans as she accidentally revealed the name of her baby.

As Bharti Singh recently took to her official Youtube channel and posted a video of her fun-filled trip to Goa. In the video, she gave glimpses of how she visited Goa with her husband Haarsh Limbachiyaa along with the two female caretakers of their baby. While Bharti Singh kept her baby’s face hidden with an emoji, she kept speaking about her trip for her fans. In the video, when Bharti talked about her father and mother working non-stop, she gave away her baby’s name by saying that even ‘Lakshya’ has been working even before he was born. While the baby’s face is yet to be unveiled, the fans are excited to learn about the baby's name.

A couple of days ago, Bharti Singh took to her official YouTube channel and dropped another vlog wherein she revealed that she is already pressurised to have another baby. She quipped that everybody wants her to have a girl and complete the family. Adding to this, the reality show host said, “Kyu parivar pura ho jaye? My family is complete with my son. Had it been a girl even then I would say my family is complete. But no, now everybody wants that Gola needs a sister”. She further said, “Everybody is saying that we should have another one. I want a baby girl. I am ready but somebody should guarantee that it will be a girl only. I had thought so much about cute frocks, hairbands, clips”.