The Amanda show cast have grown into strong celebs. Here is all you need to know about the actors. Find out how they look and what they are doing in life now.

The Amanda show has completed 20 years on October 16, 2019. The show has been one of the most-loved shows of its time which entertained numerous people all across the globe. The show has been praised for its beautiful scrips and the performance of all the actors.

As the show starts its anniversary count from yet another decade, fans are interested to see how the stars of The Amanda show have grown.  Here is a list of the most popular stars of the show and what they are up to at the beginning of this new decade. Amanda kept ascending in her career by making good choices in her career. Bynes has been a part of many films such as What a Girl Wants, She’s the Man, What I Like About You, Easy A, Hairspray and more. She has also voiced animated characters in a cartoon show Rugrats and a movie Robots. The actor did not stop there. She also opened up her fashion brand,  Dear in 2007. However, it got shut in one year. The Amanda Show has just been a beginning for the actor. Drake stepped forward in life to succeed as a celeb. He starred in his own series, Drake & Josh, and also in Superhero Movie, Highly Gifted, Cover Versions, Dan Is Dead and more. He was the man behind the charming voice of Marvel’s The Ultimate Spider-Man and also the three Fairly Odd Parents movies. Apart from this, Drake is also known for his soothing voice as a singer and he is known for his single, Ready, Steady, Go. 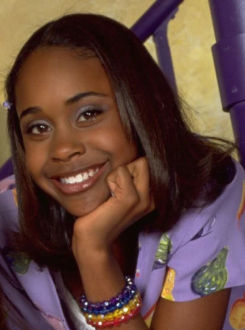 Raquel Lee continued to act after The Amanda Show ended. Lee went on to star in many wonderful roles in dramas like The Poof Point, The Hughleys, The Proud Family, The Proud Family Movie, The Big Leaf, Real Husbands of Hollywood, Grow House and more. The brunette beauty is married and is happily living her life with two kids with her husband, Edouard Belleau.