Kundali Bhagya 23 September 2021, spoiler: As Rishabh meets Sonakshi, he recalls how she confessed her love for Karan in college. Sherlyn overhears them talking 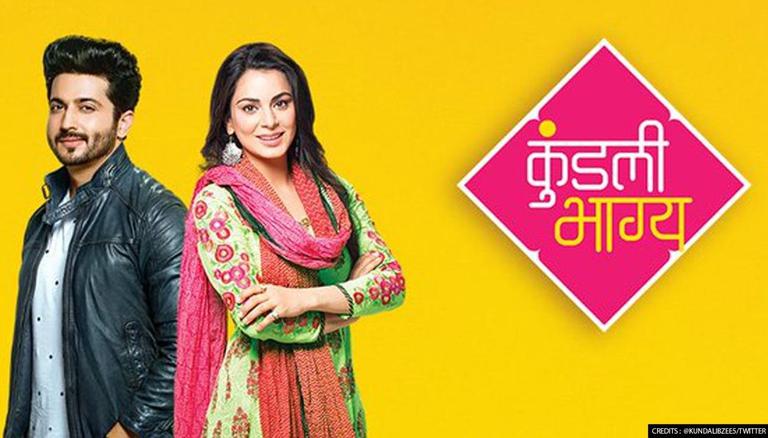 
The 23 September 2021 episode of Kundali Bhagya will continue with the ongoing drama about drug smugglers entering the Luthra house. The episode will dig deeper in unravelling the truth whether Rishabh is having an affair in London or not.

As depicted in the last episode, goons will realise that Sarla is suspecting them and they will begin to chase her. Though she will manage to hide from them for a while, they will spot her after some time.

Spoiler alert: Read further to know more about the Kundali Bhagya 23 September 2021 episode and whether Sarla will be able to save herself from the goons or not.

In the previous episode, goons manage to find boxes in which they hid the drugs but soon Mahesh spots them in the room and begins to question them. Meanwhile, two other goons roam about in the Luthra house corridors talking about some sort of violence but Sarla hears it and gets alerted.

In the September 23 episode, the goons realise that Sarla was suspecting them and chase her. Sarla manages to hide inside a room. When she walks out of the room and runs towards the guests to alert them about the smugglers, she is caught by the goons who use chloroform to render her unconscious. Though Rishabh feels that he heard someone shouting, he is unable to see Sarla.

On the other hand, Sherlyn overhears Rishabh and Karan’s conversation where Rishabh tells Karan that Sonakshi was in love with him during college. Sherlyn gets stunned on hearing that and feels that she was totally right about her. She then decides to reveal this to Kareena as she is is the only one who would believe her and will help her to get Sonakshi out of the house. Sherlyn then goes to Kareena and says that Sonakshi was in love with Karan and speculates that the two of them were in a relationship in the past. She also speculates that Pihu is the result of their love affair in college.

In the previous episode, two of the goons manage to fool Mahesh as well as the police inspector in order to keep their drug boxes safe. On the other hand, Rakhi and Kareena manage to force Rishabh and make him confess his love to Sherlyn. Karan also sees Rishabh expressing his love to Sherlyn and asks him whether he was serious. Meanwhile, Sarla pulls out a goon’s fake beard to confirm her suspicion but acts ignorant and tries to leave. The goons, however, realise that she is suspicious of them and runs towards her.