Actor Parth Samthaan recently took to his social media to share a collaboration video of him dancing with his Kaisi Yeh Yaariaan co-star, Niti Taylor.

Actor Parth Samthaan and Niti Taylor are among the most popular on-screen couples. The two were seen together on the popular teen drama, Kaisi Yeh Yaariaan. Their reel characters Manik and Nandini have a lot of fan following and fans fondly call them 'Manan'. It seems that Parth recently took Niti's help to learn a few dance steps from his co-star.

With the Coronavirus lockdown, celebrities have been regularly hosting live sessions and fans have also seen a few reunions. Amid all of this, the Kaisi Yeh Yaariaan fans expressed the demand the see Parth Samthaan and Niti Taylor together. Obeying this, Parth took to his social media on May 12 and shared a duet dance video with his co-star.

Judging by the video, Niti Taylor clearly seems to be an ace performer when it comes to dancing. Meanwhile, Part Samthaan starts strong and later gives up and Niti continues to dance smoothly. Sharing the video on his Instagram, Samthaan wrote, "Well learning to dance is easy .. almost ðŸ™…ðŸ»‍â™‚ï¸ @nititaylor #tiktok #dance Tiktok id : @parthsamthaan623". [sic]

Sharing the same video on her Instagram, Niti Taylor wrote, "Did someone say Manik Malhotra ?? O my god- wohooooooo!! One hand ðŸ¤šðŸ» Two hands ðŸ¤šðŸ»ðŸ¤šðŸ» It’s your rolly ðŸ¥³ Do your dance ðŸ•ºðŸ»ðŸ’ƒðŸ» @the_parthsamthaan Follow both of us on @indiatiktok". [sic] Manik Malhotra was Parth Samthaan's character on the show while Niti essayed the role of Nandini Murthy. 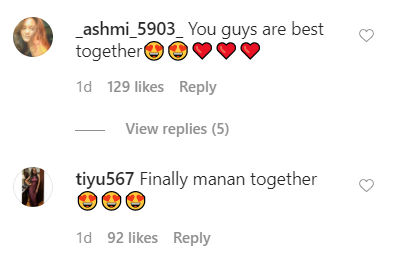 The video totally got fans excited as they flooded the comments section with praises and excitement. One user wrote, "Seeing you two match steps is a dream come true moment". Another wrote, "You guys are best togetherðŸ˜ðŸ˜â¤ï¸â¤ï¸â¤ï¸". 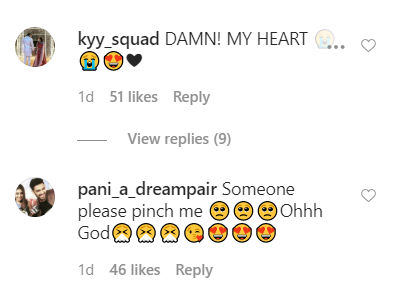 In a recent live interaction with a news portal, Niti Taylor said that she would definitely take it up if she is given an opportunity to collaborate with Parth Samthaan again. She went on to narrate a few tales from the sets of Kaisi Yeh Yaariaan as well. The show also starred Charlie Chauhan, Utkarsh Gupta, Veebha Anand, and Ayaz Ahmed.

On the work front, Parth Samthaan is currently the lead for Ekta Kapoor's Kausatii Zindagii Kay. The show is a remake of the original one and also stars Erica Fernandez. The roles of the antagonists on the show are played by Aamna Sharif and Karan Singh Grover.