Shehnaaz Gill Says She Won't Get Work If She Had Stayed Chubby; Watch

Shehnaaz Gill interacted with her fans in a live session on Instagram and says she won't get work if she had stayed chubby. Read on to know.

Shehnaaz Gill took to her social media handle and had an interactive live session with her fans on Instagram. The actor told the fans that she has come live to flaunt her new look and that she has done her make up by herself. In the live session on Instagram, she talked about how she lost weight and why it was essential for her to do so.

Shehnaaz Gill was told by her fans on the Instagram live that she is looking cute and it seemed like she has lost weight. The actor thanked her fans for the compliments she was getting. However, a few fans also noted that she looked ‘cute even before weight loss’, to this Shehnaaz responded that as an artist, her looks are important.

The actor further explained that had she remained chubby like before, she would not have gotten work because of her weight. Shehnaaz also noted that she loved herself before also and loves herself now as well. She revealed that she is capable of loving herself because of the love she gets from her fans. Check out the video of Shehnaaz Gill below. 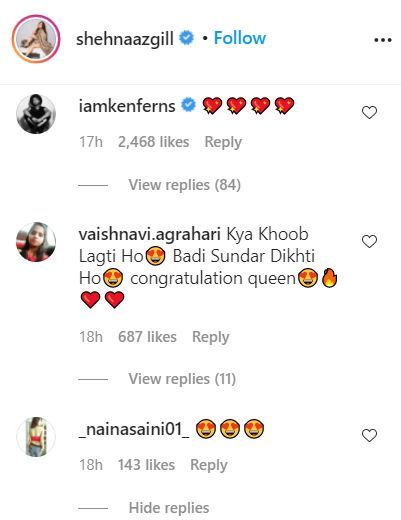 Several other fans sent much love to her and left hearts and kissing emoticons on the post. A number of fans told the actor that the red lipstick is suiting her a lot. Check out the comments by fans on the post bellow. 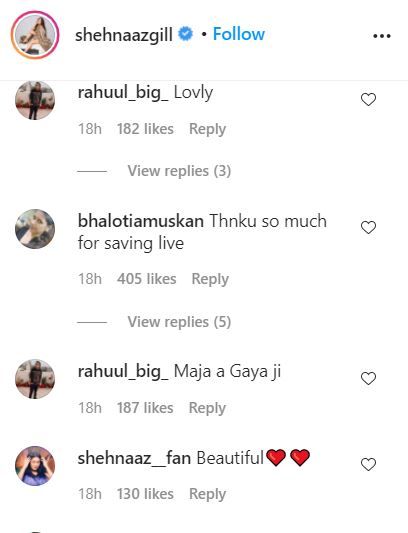 Shehnaaz Gill recently posted a series of pictures of herself on Instagram. In the post, she was seen thanking fans for the love and support she has received for her YouTube channel. Check out the post on the social media platform below.