Herb Chase And The Cecil Hotel: A Brief History Of The Infamous Los Angeles Landmark

Netflix documentary shed new light on the infamous hotel and its managing partner Herb Chase. Read on to know more about Herb Chase and the Cecil Hotel. 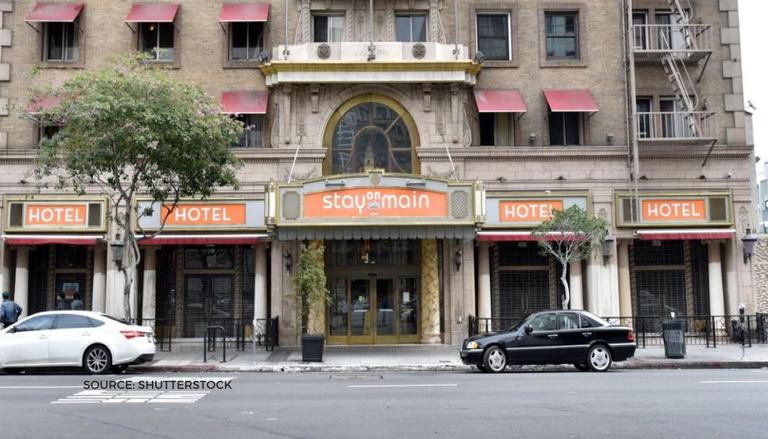 The Cecil Hotel was built in 1924 and was sold to a few people over its almost century-long history. In 2014, the property was acquired by Simon Baron Development, a large construction agency. They are in the midst of renovating the hotel and converting some of the rooms into residential living apartments. Herb Chase was the managing partner with a stake in the hotel and after the hotel closed down he suggested it be turned into residential living units for the homeless people of Los Angeles. “It would improve the lives of folks who were able to get the units, It seemed a win-win situation for everybody.” Herb Chase said in a Los Angeles Times interview.

Also Read: 'Acharya' Teaser To 'Godzilla Vs Kong' Trailer; A Look At Top Trailer Releases Of The Week

The Cecil Hotel is a very famous Los Angeles tourist spot and landmark. Originally built in the 1920s the Cecil Hotel was a 14-floor budget lodging that opened in 1924 in Skid Row. There is a lot of mystery and lore connected to this Cecil Hotel. There have been several deaths and suicides in this hotel and a lot of them lacked a clear motive or explanations which gave the hotel a haunted reputation.

Many famous people have died in this hotel. Actress Elisabeth short, popular for her role as Black Dahlia was murdered in this very hotel. It is also rumoured that Richard Ramirez, the subject of the Netflix true-crime documentary Night Stalker and a notorious serial killer lived in the Cecil Hotel. It's said that he lived there for a few weeks when he was an active serial killer in LA. The Australian serial killer Jack Unterweger lived in the Cecil Hotel as well, around the time when he committed his murders.

Why and when Did Cecil Hotel close?

Due to the numerous deaths and the bad reputation of the hotel combined with the fact that the hotel was very old and needed urgent repaid, the hotel was temporarily closed in 2017. There were also reports of residents seeing ghosts in the hotel although there is no proof of this. The Hotel is so infamous that famous producer Ryan Murphy chose this hotel as the inspiration for the haunted hotel in his TV show, American Horror Story: Hotel. With the death of Lisa Lam attached to it, Cecil Hotel has become a historic place for tourists.

Also Read: What Happened To Elisa Lam? Know All About The Mysterious Death Of Elisa Lam In 2013