'This Is Paris': Paris Hilton’s Beau Carter Reum Celebrates The Release Of Her Documentary

This Is Paris is Paris Hilton's hard-hitting documentary which has premiered on September 14, 2020. Her beau Carter Reum surprised her on the happy occasion.

Paris Hilton's much-awaited documentary titled, 'This Is Paris' which promises to share some personal details about her life has premiered on her official YouTube channel on Monday that is on September 14, 2020. The socialite received a beautiful surprise on the happy occasion from beau Carter Reum. Carter surprised Paris with balloons and cakes for the release of This is Paris and the latter also shared a glimpse of the same on her social media.

Also Read: Paris Hilton Speaks About Her Childhood Trauma In 'This Is Paris' Trailer; Watch

Paris shared a video of her poolside which had some red, golden, and transparent balloons were strewn all over the place along with some huge tangled balloons forming the word 'Congrats.' Paris could also be seen in the background of the video that how her boyfriend Carter got these balloons for her which said Congrats which were later blown away by the wind. The gesture from the socialite's boyfriend was indeed endearing to witness. Take a look at a still from the 39-year-old's video showcasing the balloons.

Also Read: Paris Hilton Reveals Its Hard For Her To Be Normal In Tell-all Documentary 'This Is Paris' 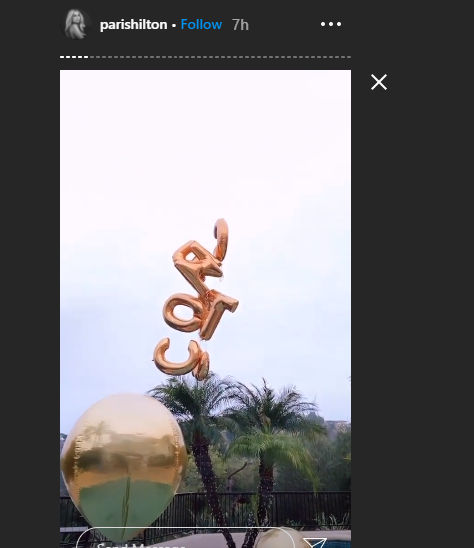 Also Read: What Happened To Paris Hilton? The American Singer Opens Up About Childhood Trauma 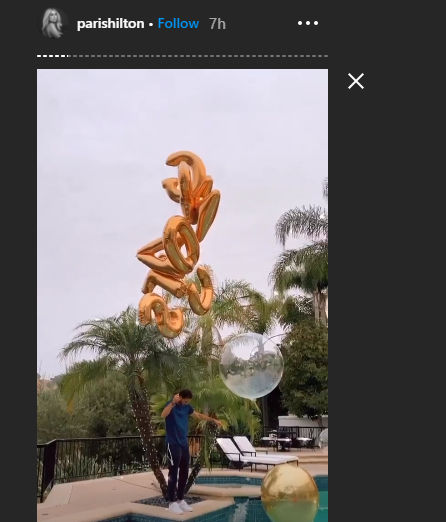 She also then went on to share a cake arranged by her beau to celebrate the happy occasion. The silver cake has the promotional picture of Paris from This Is Paris and has the words, 'Congrats' written on it with white icing. The video also had Paris thanking Carter for arranging the cake, balloons and everything else. Take a look at one of the stills from her video, flaunting the cake. 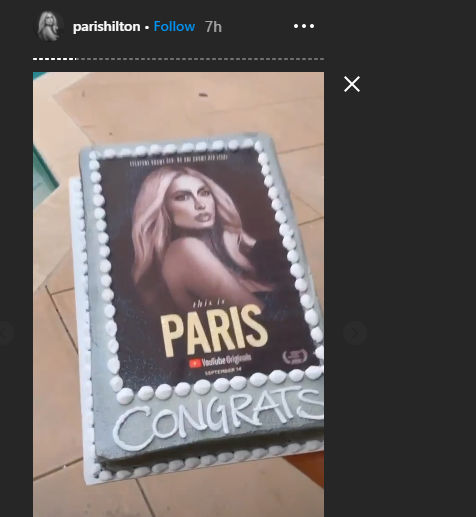 Recently, Paris spoke about the documentary and about some troubled and personal aspects of her life the movie will focus on to The Hollywood Reporter. The House Of Wax actor revealed that she has been through some extremely traumatic experiences in her life that people cannot even imagine. She added how never discussed about the same, even with her close family and friends. She hinted that 'This Is Paris' will showcase a glimpse of these hidden and traumatic experiences of her life.