'Raktanchal' Review: Is The Latest MX Player Crime Series Worth A Watch?

Read below to know whether MX Player's latest crime-thriller series starring Nikitin Dheer and Kranti Prakash Jha is worth watching.

The Indian section of web series entertainment has evidently been dominated by the crime-thriller genre. Be it Sacred Games, Mirzapur or the latest addition Paatal Lok, the crime genre seems to attract major audiences if done right. MX Player's latest web series Raktanchal also takes a similar route and dives deep into the crime backdrop but taking it a few decades back to the 1980s. Raktanchal web series cast includes Nikitin Dheer, who is known for high signature villainous roles in films like Chennai Express and Ready. Other Raktanchal cast members include Kranti Prakash Jha, Soundarya Sharma, Rojini Chakraborty, Vikram Kochhar and Basu Soni.

Also read: What to watch on Netflix India this week? Complete list inside

Raktanchal is based in the setting of Purvanchal in east Uttar Pradesh. The crime-infested region is under the control of Waseem Khan (Nikitin Dheer). Waseem runs a mafia operation that steals away government tenders. On the other hand, Waseem Khan nemesis Vijay Singh (Kranti Prakash Jha) tries to overpower Waseem by trying to throw his position away by vengeance and not by greed. Without going into the spoiler territory, Vijay Singh's character's life has been majorly traumatized by the decisions made by Waseem, which leads him to seek out revenge. 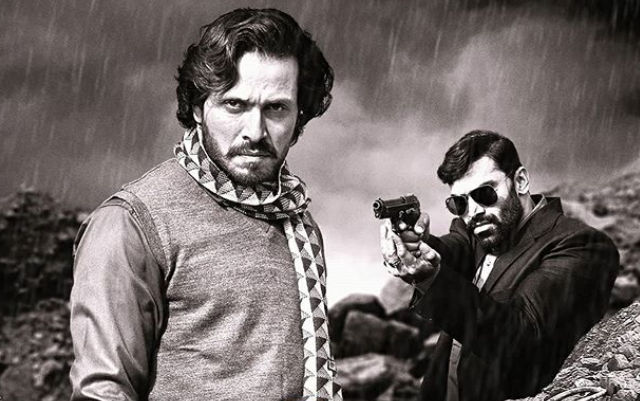 The series has been written by Sanjeev K Rajat, Sarvesh Upadhyay and Shashak Rai who have included a number of plot twists throughout the run which helps keep viewers hooked to the screen. Almost every episode sees the introduction of a new character of an interesting plot development which is also placed throughout the script at a fast pace. The series features heavy verbal abuse throughout along with a few songs which could have been easily cut out in order to keep the pace crisper.

Also read: Is 'Uncut Gems' a true story? Here are some cool facts about the Netflix movie

The series overall follows an unpredictable and gripping tone leaving less time to have any dull moments. The 1980s has been skillfully recreated including the costumes which make the world-building in the series at par with various other critically acclaimed web series in recent years. The nine-episode series can be easily binge-watched as does not drag unnecessarily and overstays it welcome. Towards the end of the series, the plot developments start coming to a definitive close and though some conclusions are befitting to the series, others leave the audience members asking for more.

LATEST NEWS
View all
1 day ago
Nithya Menen opens up about body-shaming, says "Nobody asks why you’re putting on weight"
13 hours ago
'It’s Okay To Not Be Okay' faces plagiarism allegation; second controversy in a week
1 day ago
What time does The Babysitters Club release on Netflix? See more details
17 hours ago
Can Dulquer Salman as Dr Spencer Reid help nab criminals in 'Criminal Minds'? See here
17 hours ago
Here is the cast of 'The Office' that made the show a memorable TV classic