Taking to Instagram, actor Rasika Dugal recently shared a throwback photo with Pankaj Tripathi from the sets of her popular web series, 'Mirzapur 2' 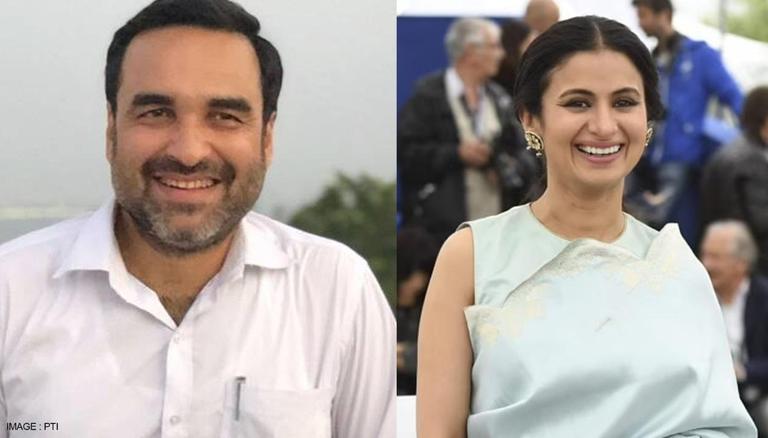 
Mirzapur fame Rasika Dugal recently dropped in an unseen throwback picture of herself with her co-star, Pankaj Tripathi, from the sets of Mirzapur 2.

The actor depicted her cute fan moment with Pankaj Tripathi on the sets and her fans, in turn, were left delighted. Even Pankaj Tripathi reacted to the picture with a humble comment.

The Lootcase actor Rasika Dugal recently took to her official Instagram handle and shared a glimpse of her throwback Thursday in which she shared a picture of herself sitting in a white saree on the sets of Mirzapur 2. Besides her, two other actors from the series, Pankaj Tripathi and Divyendu Sharma, were seen in white attire. Rasika can be seen panning a fan towards Pankaj Tripathi with a vibrant smile on her face.

In the caption, she revealed the reason behind panning the fan towards Pankaj Tripathi and said that she was his biggest fan. She further revealed that this moment was captured on the sets of Mirzapur 2. The caption read, "Because I am your biggest fan @pankajtripathi. From the sets of #Mirzapur2 (sic)"

Many fans took to Rasika Dugal's latest Instagram post and expressed their delight after watching the unseen picture from her movie set. Some fans stated how the actors were among their top favourite ones while others flooded the comment section by dropping in questions about the release date of Mirzapur 3.

Several fans dropped hearts and heart-eyed emojis in the comment section. Even Pankaj Tripathi took to Rasika Dugal's Instagram post and commented that he has always been her admirer and sent good wishes to her. He stated "और मै आपका प्रशंसक । शुभकामनाएँ सदैव रसिका । (And I am your fan. Always wishing you the best, Rasika)"  Take a look at some of the reactions to Rasika Dugal's latest Instagram post. 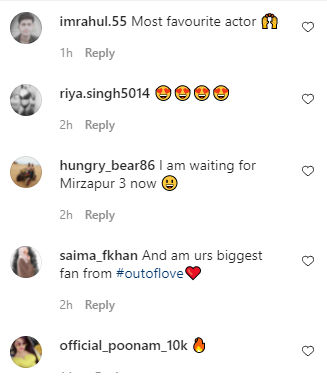 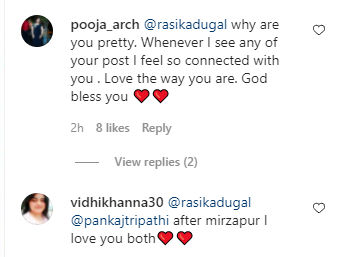 As the fans have been eagerly waiting for the release of Mirzapur 3, producer Ritesh Sidhwani told DNA that the makers were working on the script. Some of the popular actors who are expected to be reprising their roles in the upcoming season will include Ali Fazal, Pankaj Tripathi, Shweta Tripathi Sharma, Vijay Varma, Isha Talwar and others. The official announcement about the same is yet to be released.