Rizzoli And Isles Cast: Know Who Played What In This Crime Thriller Series

Here is a look at Rizzoli and Isles cast and all the characters that they play. It is a popular American crime drama. Read on to know more about this here.

Rizzoli and Isles is a popular American crime thriller telly series. It is based on the novel by Tess Gerritsen named The Apprentice. The main characters are Jane Rizzoli, a detective and medical examiner, Maura Isles. The plot of the series revolves around a man named Charles Hoyt who uses his medical knowledge to torture and kill his victims after inducing fear in them. Although he gets caught, Hoyt has other apprentices like the soldier John Stark and Lola, a woman whose husband was killed by Hoyt, to carry out this gruesome tasks. Here's a look at the illustrious cast of the Rizzoli and Isles.

She is a popular American actor who is known for her role as Ronica Miles in Agent Cody Banks. She has also featured in a number of movies like Fun with Dick and Jane, Good Advice, End of The Game, Glass House: The Good Mother, Lawn Dogs, Living Proof, The Deal and more. In Rizzoli and Isles, she essays the lead character of Jane Rizzoli, a Boston detective known for her brash and tomboyish nature.

Sasha Alexander is an American actor who is popular for her roles in NCIS, Shameless, Yes Man, Mission Impossible III, He’s Just Not That into You, All Over the Guy, Love Happens, Coming and Going, The Last Lullaby, The Girl from Nagasaki and many others. In Rizzoli and Isles cast, Sasha plays Maura Isles, the forensic expert who is best friends with Rizzoli. She helps the latter in solving puzzling crimes.

Also Read: What Happened To Detective Frost On Rizzoli & Isles? Is The Actor Dead? Find Out 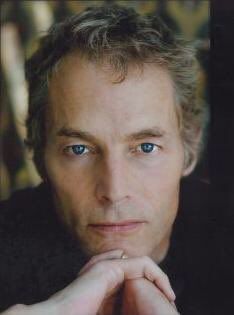 He was a popular American actor who has featured in popular films like The Amazing Spider-Man, The Amazing Spider-Man 2, Seven, Catwoman, The Crow, Lost Highway, One Fine Day, The End of Violence and many more. In Rizzoli and Isles, he essayed the role of the prime villain Charles Hoyt who continues to threaten Jane’s life even from behind the vars. Despite being in jail, he has a number of apprentices who carry out his gruesome work of serial killing.

She is an American actor who has made her mark in both films and television. Till now she has received nominations for Academy Award, four Emmy Awards, four Golden Globe Awards and three Screen Actors Guild Awards. She has featured in Goodfellas, Medicine Man, The Basketball Diaries, Switch, Getting Gotti, Ladies Room, Son of Morning and many more. In Rizzoli and Isles cast, she plays the role of Jane’s overbearing mother who constantly tries to set up her daughter for dates.

He is an American actor who has featured in many romantic comedies. His list of movies and television shows include Holiday Engagement, Christmas at Holly Lodge, Love Takes Wing, Mona Lisa Smile, Conviction, Family Plan, Gone, Phantom, A Good Funeral and many more. In Rizzoli and Isles cast, Jordan Bridges features in the role of Francesco Rizzoli, the brother of Jane who also works in the police department. He almost idolizes Jane and is very protective of her.

WE RECOMMEND
3 weeks ago
What happened to Detective Frost on Rizzoli & Isles? Is the actor dead? Find out