Rosamund Pike Back As Marla Grayson In Netflix's 'I Care A Lot'; Trailer Out

Rosamund Pike is back in her Marla Grayson avatar in Netflix's latest thriller series 'I Care a Lot'. Netflix India released the trailer on social media

Oscar-nominee Rosamund Pike is back in her cool Gone Girl avatar Amy Dunne in Netflix’s I Care a Lot, where she plays the role of a highfalutin con artist swindling elders while also disguising as a caring person. On January 19, 2021, Netflix India took to their official Instagram handle and released the trailer of the upcoming film. Directed and written by J Blakeson, the film will be released on February 19, 2021, on the platforms.

Rosamund Pike's new film I Care a Lot trailer out

Also read: Shows Like 'Black Widows' That You May Like; From 'Django Unchained' To 'Gone Girl' & More

While sharing the trailer, Netflix India Team captioned it as, “Marla Grayson trying to scam Chachi 420 is a crossover we all need and deserve”. Many of the fans expressed their excitement in the comments section. A fan commented, “Crossover we all needed to be happy”. Another one wrote, “Amazing Amy and Tyrion Lannister! What a combo” with a red heart and shining star. A user commented, “Excited eee it is going to be on my watching list”. The team also shared the trailer on their official Twitter handle and informed the fans about the ‘twisted satire about wealth, opportunity, and swimming with sharks’ release on February 19. 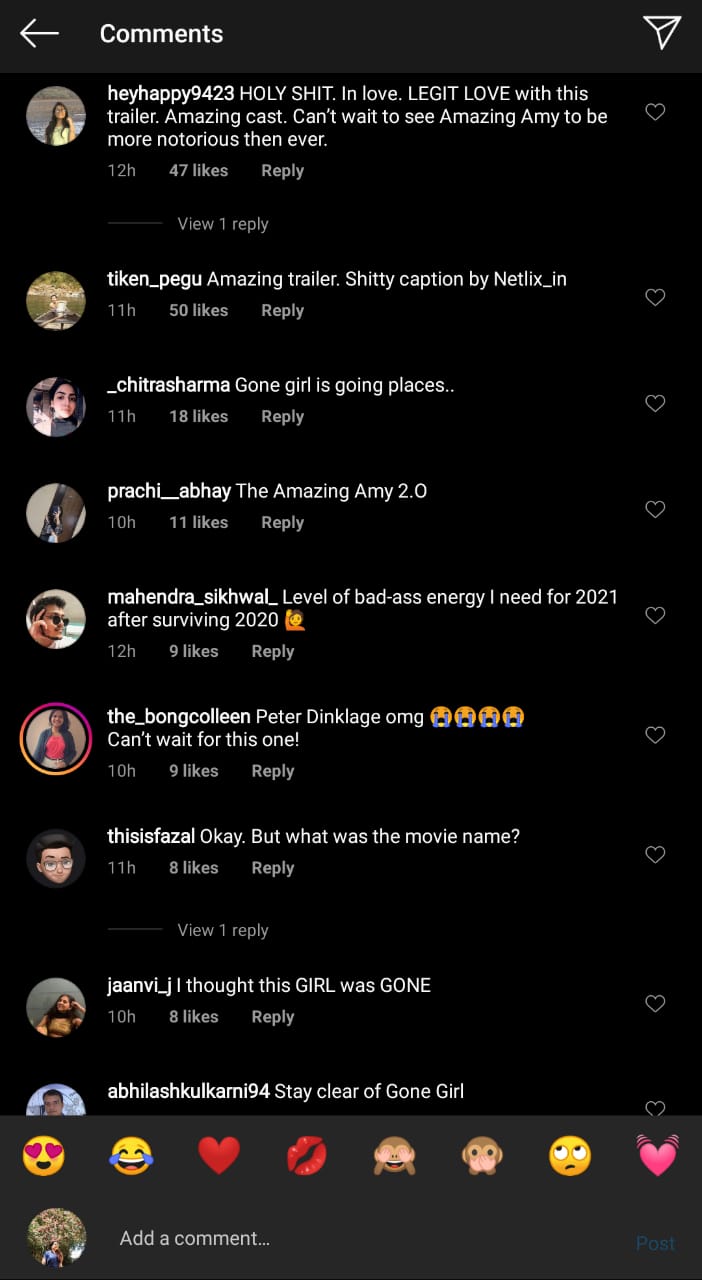 The racket is carried on by Marla and her lover Fran (played by Eiza Gonzalez) using the brutal efficiency of their new victim, Jennifer Peterson (played by Dianne Wiest). Jennifer is a wealthy retiree with no family or relatives. Marla plans to suck the money from Jennifer’s account but her strategies fall apart when she realises that the old lady has an equally shady secret of her own while also having links with a gangster (played by Peter Dinklage).

Rosamund Pike was last seen in a biographical drama film Radioactive. Directed by Marjane Satrapi, Rosamund played Marie Curie who is a scientist. The film was released by Amazon Studios on Prime Video owing to the COVID-19.

Image Source: A still from I Care a Lot trailer