'The Office' cast leads Jenna Fischer and Angela Kinsey will soon be seen on the reality TV show 'Celebrity Family Feud'. Read more about their appearances.

Guess who is on @familyfeudabc tonight!!? Team Office Ladies! It’s me, my Mom, my sister Emily, @angelakinsey and her sister Janet all playing for @adoptaclassroom My Mom is a retired History teacher, and Emily and Janet are teachers! We shot this back in February and it was the last time I saw my family in person so this is a really special event! We had a great time and how cute is my Dad in the audience! I miss my family. â¤ï¸

In the post uploaded by Jenna Fischer, fans can see the star with her The Office co-star, Angela Kinsey. Other families and cast members of the show are also visible in the post. Jenna's mother and sister have also participated in the show. Jenna mentioned that the episode was shot back in February and would air soon. She also added that they had a great time shooting the show. Finally, The Office cast member added that even her dad was sitting in the audience. The star played for Adopt A Classroom, which is an organisation that provides funding for school supplies to low funded schools and teachers.

Many fans and celebs commented on the post, while some asked questions related to the show. Other fans mentioned that they were eager to watch the show. Take a look at the comments: 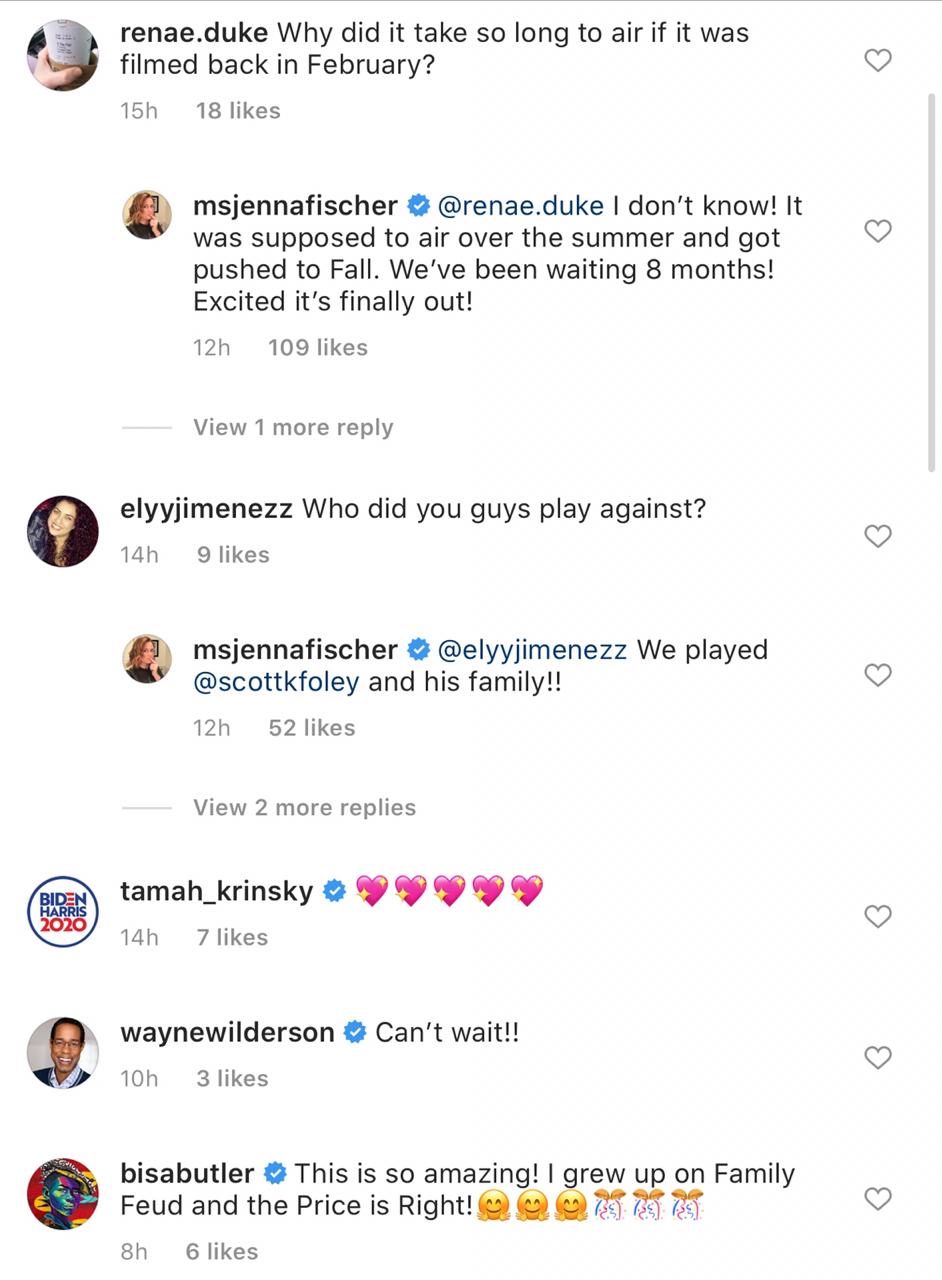 Tonight it’s Office Ladies (my sis, Janet and Jenna’s Mom, Anne and sister, Emily) vs. Scott Foley & family!! We filmed this in February and are so excited to finally see it!! My sister and Jenna’s sister are school teachers and her Mom is a retired History teacher. We played for @adoptaclassroom ! This was a blast! And thank you @scottkfoley for making my sister @jans_journey ‘s day! ðŸ˜‰Tune in to @familyfeudabc tonight!

Angela Kinsey also shared a few candid pictures from the show. In the first picture, Jenna Fischer and Angela Kinsey can be seen having a conversation with Steve, the host of Celebrity Family Feud. Angela mentioned in her caption that they were up against the Scott Foley & family on the show. She further asked all her fans to not miss the show.

Many celebs and fans liked and commented on the post. Jenna commented - 'I can’t believe we’ve been waiting 8 months for this to come out!! It’s finally here!!' (sic). Take a look at the comments on the post: 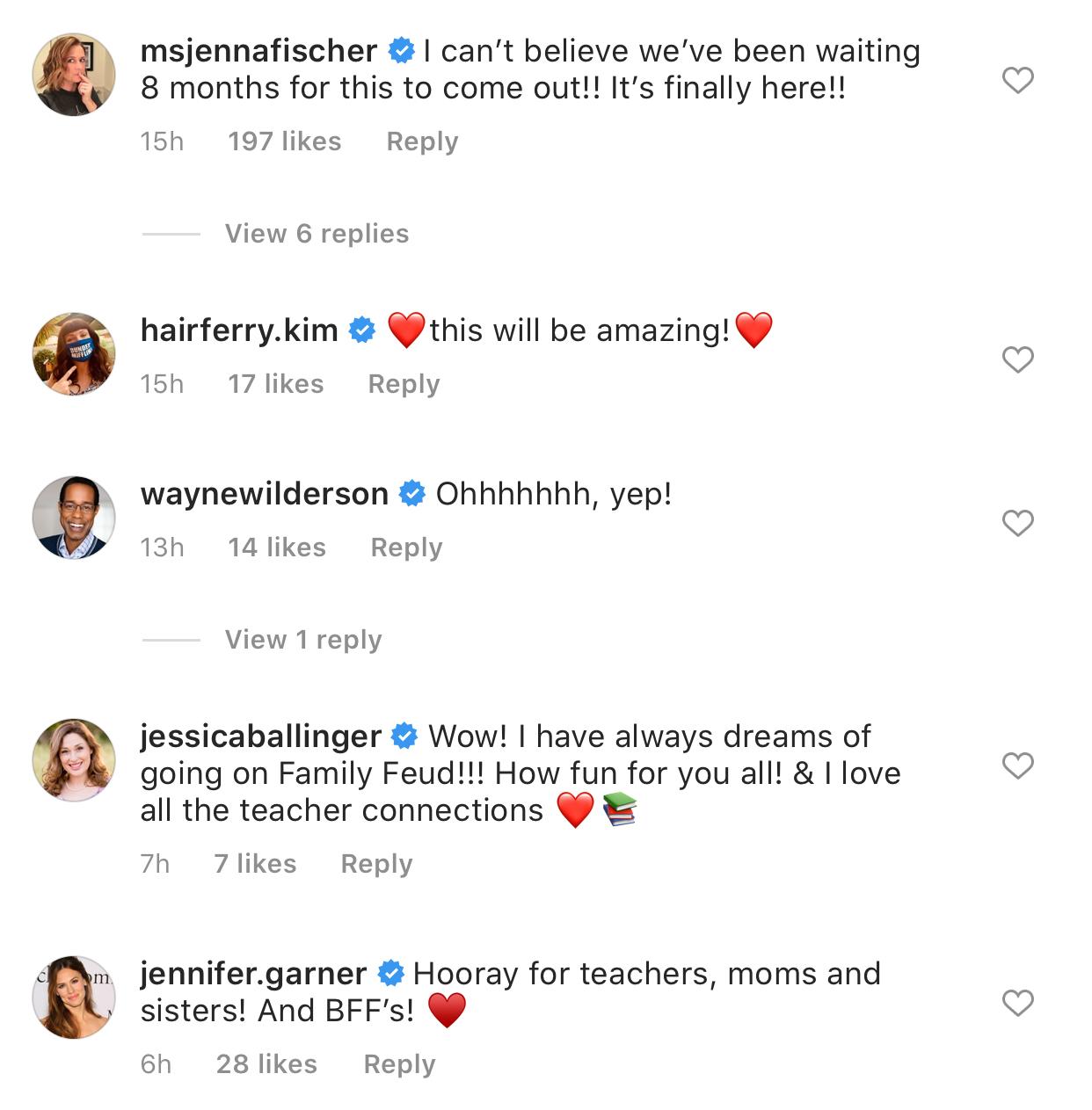 Jenna Fisher and Angela Kinsey were both a part of the famous comedy show The Office, which is an American mockumentary sitcom. The show stars Steve Carell, Rainn Wilson, John Krasinski, Jenna Fischer, and B. J. Novak in the lead and is based on a British show of the same name.