Netflix India shared an interesting crossover between ‘Taare Zameen Par’ and ‘Welcome' and called it a ‘Crossover Nobody Asked For’.

Presenting an interesting crossover between the two Bollywood movies Taare Zameen Par and Welcome, Netflix took to its official Instagram handle and called it a ‘Crossover Nobody Asked For’. The crossover features the iconic scene from the movie Taare Zameen Par, however, it ends with a twist that nobody had ever expected. Netflix has titled the crossover as, ‘Majnu Bhai is the artist we didn’t know we needed’.

The video begins with a scene from Taare Zameen Par where Darsheel Safary playing Ishaan Awasthi walks towards his painting, full of emotions and with tears filled in his eyes. This is when the unexpected twist takes over. As the camera pans to show the painting, rather than the actual painting, the piece has been replaced by a painting from Majnu Bhai played by Anil Kapoor in Welcome. Towards the end we see Darsheel almost crying and the scene cuts to a footage from the movie Welcome where Anil Kapoor can be seen smiling.

Majnu Bhai is the artist we didn’t know we needed. #TaareZameenPar #Welcome #CrossoversNobodyAskedFor

Uploaded on October 12, the video has managed to gather over 95K likes. "Justice for ishaan" wrote an Instagram user making a hilarious remark. Another person commented, "It would have been more hilarious if hadn't given out the suspense in the caption". 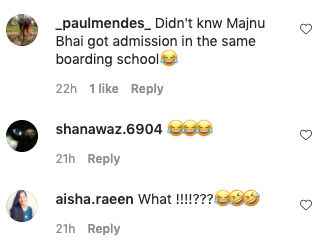 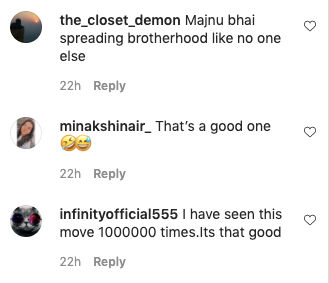 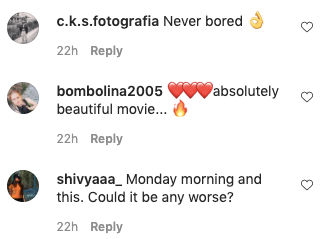 Few days back, Netflix India uploaded a video showing another crossover. The very short video shows the very famous scene from Kabhi Khushi Kabhie Gham where Poo is seen rating boys to take out with her on prom. The very first man that appears in the list is Denver from Money Heist, followed by Belin, Arturo and Professor. The video has been aptly captioned as, “The Professor is brilliant in all the 3 departments: good looks, good looks & good looks. #MoneyHeist #kabhiKhushiKabhieGham #CrossoversNobodyAskedFor”.

Also Read: 'Sex Education' Season 3: Netflix Hunting For Extras In The Third Season Of The Show