What Did Dee Nguyen Say About 'Black Lives Matter' That Cost The MTV Contestant Her Job?

MTV's 'The Challenge' contestant, Dee Nguyen gets fired for her controversial tweet on the Black Lives Matter movement. Here is everything you need to know 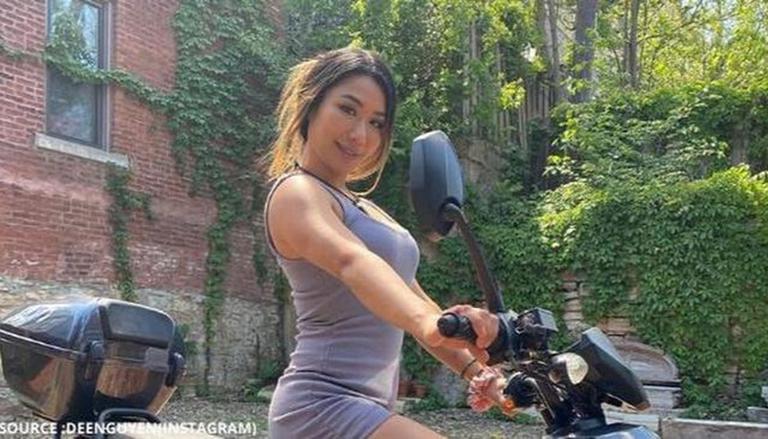 What did Dee Nguyen say?

The Challenge contestant Dee Nguyen, came under fire when she posted a derogatory tweet on June 6, 2020. In the tweet, Dee said, she couldn’t understand why some people think she is against Black Lives Matter Movement. She said she has been claiming Black Lives Matter since she lost her virginity.

Her co-contestant fromThe Challenge, Bayleigh Dayton was quick to share the screenshots of the comment. He even called Dee out for her problematic statement. In his tweet, Bayleigh also shared a screenshot of a comment made by a fan to Dee on Instagram. The comment asked her “Read the room" and to "wake up" referencing the unrest in America. Furthermore, the screenshot shared included a response from Dee, which Bayleigh thoroughly criticised. In response to the fan's comment, Dee wrote that people die every day, this gave an impression, that she was downplaying what had happened with George Floyd, hence, infuriating her fans further.

THIS IS NOT HOW YOU SUPPORT BLM. I’m disgusted and disappointed. THIS IS NOT A TREND. THIS IS LIFE OR DEATH FOR US. Posting for clout about the death of black people? Shame on you @deenguyenMTV pic.twitter.com/pAw4KQKy30

While Dee Nguyen’s tweet received a lot of backlash from netizens and her fellow cast-mate, MTV quickly took the decision of firing Dee and sent out a tweet on June 9, 2020. In the tweet, MTV mentioned that the channel had decided to cut ties with Dee due to her insensitive comments. The channel also mentioned that out of respect for other participants, they had decided to air the current season, which also features Dee. The network made its stand very clear by stating that, they strongly condemned systemic racism and stand with people fighting for justice. Furthermore, MTV sent out a second tweet claiming that they stand united against racism.

As a result of Dee Nguyen’s offensive comments on the Black Lives Matter movement, we have severed ties with her. Out of respect for our Challengers, we'll air our season as planned. We strongly condemn systemic racism and stand with those raising their voices against injustice.

We stand united against racism and urge you to join us in taking action to end racism, discrimination, and systemic violence.
Learn more about being an ally https://t.co/AFduXhAPtj
Take action and text DEMANDS to 55156

How did Dee Nguyen respond to getting fired?

At first Dee replied to her cast-mate Bayleigh’s tweet by, unapologetically asking him to leave her. But in the wake of MTV’s decision, Dee posted another tweet saying. She apologised for the insensitive post earlier, she added that she was being defensive. Dee also implied that there wasn’t any malice in her heart, as she wasn’t speaking from her heart. She went onto repeat the apology to Bayleigh Dayton as well claiming that she respected Bayleigh and her other castmates.

I am sorry for the insensitive tweet I posted earlier. I was being defensive and not speaking from my heart. But there’s no excuse. I also want to extend an apology to Bayleigh and Swaggy- who are my castmates and deserve my respect and compassion.