Where Is 'Medium' Actress Elsie Fisher Now? Check Out Details About Her Life

Medium actress Elsie Fisher is a well-known name. She has essayed a variety of roles so far despite her young age. Read further to know more about her. 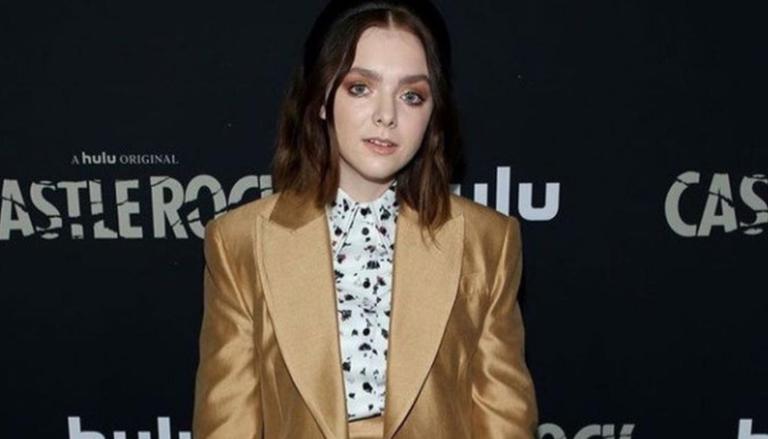 Elsie Fisher is an American actor, popularly known for her work in a variety of movies and TV series. Many of her roles were loved by her fans but her role in the TV series Medium was highly appreciated despite her short role. Let’s take a look at the Medium cast and some lesser-known facts about Elsie Fisher.

Medium is a supernatural drama series created by Glenn Gordon Caron. It aired in the year 2005 and ended in 2011 after seven seasons. While Elsie Fisher appeared in only one episode, the main Medium cast included Patricia Arquette, Jake Weber, Sofia Vassilieva, David Cubitt, Maria Lark, Tina DiJoseph and several others.

Apart from Medium, she has also been a part of some TV shows, namely Castle By Rock and has lent her voice to Masha and the Bear and Day by Day. She played the role of Joy Wilkes, the daughter of a mentally ill nurse who gets lost in the haunted Castle Rock. She appeared in the second season of the show.

She lent her voice to the character of Agnes in the first two Despicable Me movies. She essayed several roles in a variety of movies. Some of her movies include Dirty Girl, Bad Behavior, Vertical, McFarland USA, Eighth Grade, to name a few. Her role in the movie Eighth Grade got highly appreciated and she even received several awards for her promising performance. In the movie, she beautifully essayed the role of a young teenage girl who is struggling with anxiety during her eighth grade. One of her upcoming projects is an untitled Texas Chainsaw Massacre movie whose release date is not yet disclosed.

According to a report by TV Guide Time, a major part of Elsie Fisher's income comes from her being a voice artist. The report further states that her net worth is between $1 million and $5 million in the year 2020.

The actor likes to keep her personal life private and hasn't revealed much during many interactions or on her social media. Elsie Fisher is the daughter of Christopher Fisher and has a sibling named Nathan. She was born on April 3, 2003, in Riverside, California, United States and has been residing there since then.

hope everyone is doing okay thru this hell year ✨♥️

In one of her recent posts, she shared this cute picture of her hoping her fans were doing okay through this hell year. Her sweet fans didn’t delay much to respond to her concern and replied to her in the comment section. They asked her whether she had been okay.

Also Read Can You Recognise These Popular American TV Actors From Their Childhood Photos?

whew, been quite a week so far, huh? I hope everyone is staying happy and healthy. Just wanted to give a big thank you to the lovely folks at Nintendo for sending me a copy of Pokemon Mystery Dungeon DX! I’ve been a huge fan of the Mystery dungeon series since my childhood, and seeing DX release earlier this month overwhelmed me with happy emotions. I highly recommend getting yourself a copy to pass the time in self-quarantine ♥️ Stay safe everyone! Lots of love!

A couple of weeks ago, the actor posted a picture of her with a Pokemon mystery dungeon and thanked her folks at Nintendo for sending her this copy. She mentioned what a huge fan she was of the Mystery Dungeon series and the release of DX overwhelmed her with happy emotions. She later recommended her fans to get a copy for themselves to pass the time in quarantine.

Also Read Hollywood Celebs Mourn Death Of US SC Justice Ruth Bader Ginsburg, Call Her ‘one Of One’

Also Read Decision To Do 'Utopia' Was A No-brainer: Hollywood Star John Cusack

WE RECOMMEND
Angrezi Medium's Deepak Dobriyal opens up about work politics in the industry
Kareena Kapoor's movies from 'Tashan' to 'Jab We Met' prove that she is a true trendsetter
Radhika Madan maintains body stability as she aces headstand; check hilarious caption
'Angrezi Medium' cast: All about Irrfan Khan, Radhika Madan and Kareena Kapoor's roles
Irrfan Khan, Radhika & 'Angrezi Medium' squad watch their film online together; see pic
Listen to the latest songs, only on JioSaavn.com