Alayna wrote in title of the footage that her karate kitty liked “to play hard” and her cat would smack her with the martial arts abilities to beat in fight.

A hilarious clip of a cat playing defensive, using cobra punch and Kung Fu with its owner has got the internet intrigued. Shared on the TikTok by the user named Alayna Pintar, the clip shows feline fighting ferociously with its owner. A second clip about the same was also shared by Alayna which was captioned, “to the people who thought I was “beating” my cat.” Alayna wrote in the title of the footage that her karate kitty liked “to play hard” and would smack her with the martial arts abilities while making a laughter emoticon.

The feline war-fare clip instantly amassed nearly 161.7k likes as users applauded just how agile the feline was and her karate-style moves. The kitty can be seen lunging the paws, hissing, pouncing as the owner tries to engage it in a cat-fight. Flexing her fighting talent, the cat digs in nails to defend itself. 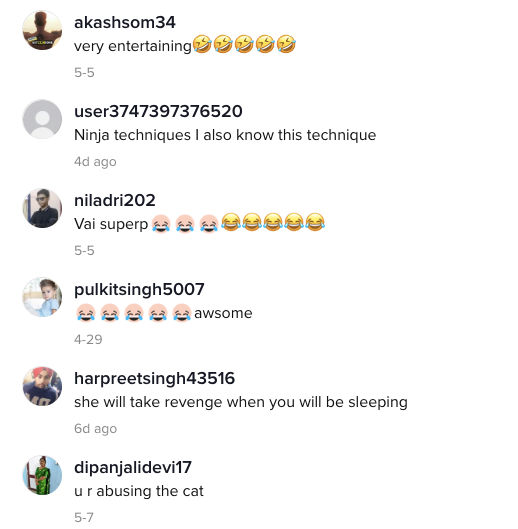 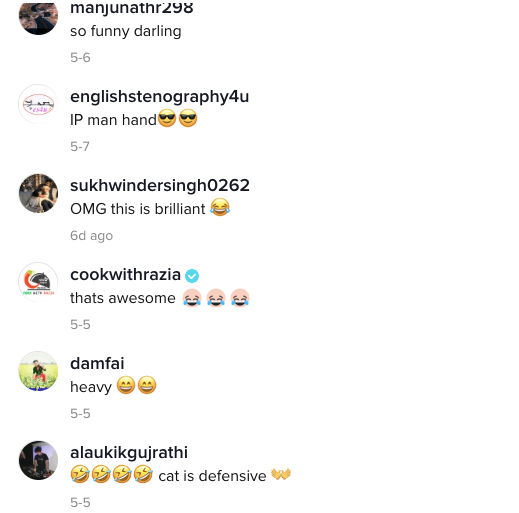 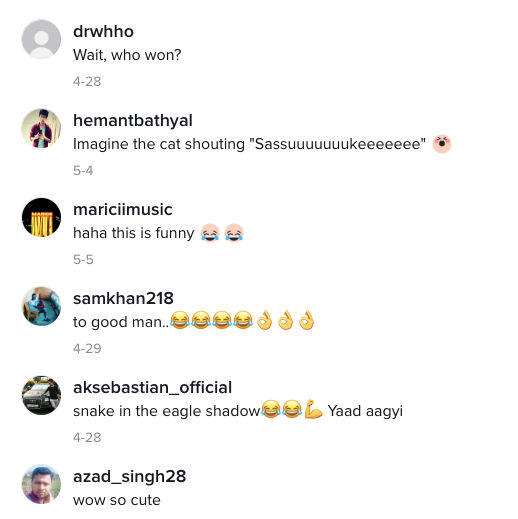 Read: Hyderabad Citizens Confuse A Civet Cat With Black Panther As It Roams Through Golconda

Read: 'Hooked This Monster': 9-Year-Old Boy Catches Fish Nearly As Big As Himself

“If you knew the body language of a cat, you would clearly see that the cat is being playful. He’s taking her actions as playing and he's playing back,” wrote a TikTok user. “One of my cats is the same. If you’re fragile with him he just gets bored so you roll him around, pig in mud, he loves playing rough,” wrote another. “Sometimes my cat holds on to my arms so i can lift him off the ground to slam him into the bed. he loves it and comes back for more,” wrote the third, making a laughter emoji.

Interestingly, according to a study, cats are territorial and usually enjoy fighting with playmates or when another feline encroaches their area. Such fighting is also common among cats who live together and with the owner when the cats want to play making it look rough and aggressive sometimes. Therefore, several users on TikTok explained this trait about their pet cats by saying, “One of my cats would go crazy with any playful contact and he loves playing rough.” Further, another user wrote, “My cat Bunny likes it when the toy moves really fast, she's really silly. Some cats like to be petted roughly too. (My kitty Lynx does).”

Read: Video: Ink On A Leaf Zooming Around A Puddle Leaves Netizens Mesmerized