'Hooked This Monster': 9-Year-Old Boy Catches Fish Nearly As Big As Himself

9-Year-Old Coye Price, who was on a fishing trip with his family in the Spencer Creek, old hickory lake, caught a monster Fish. Photos were posted on Facebook.

In  a one of its kind incident, a nine-year-old from Tennesse, US reportedly reeled in a fish of his own size. Coye Price, who was on a fishing trip with his family in the Spencer Creek, old hickory lake, caught a colossal sturgeon. The fish which looked equivalent to Price weighed a whopping 36 kgs. According to reports, the endangered fish was released back in the water after the young angler weighed it and clicked a few photographs with his catch.

Later, the Tenessee Wildlife Resources Agency took to Facebook to post a picture of them. In the caption they explained that the child was in a quest to catch a bigger fisher than his sisters when he "hooked this monster". An inhabitant of large rivers and lakes, the lake sturgeon is one of three native sturgeon species found in Tennessee. While they were formerly found in the Cumberland, Mississippi, and Tennessee rivers, lake sturgeon populations have dramatically declined and are listed as endangered in Tennessee.

Speaking to international media reporters, the boy's father Chris Price, told that Coye had been emphasizing that he needed to catch a 'big fish’ He added that not only he caught a bigger fish than his sisters but also a sturgeon, which is a rare fish. According to reports, his sister Caitlin caught a striper while another sibling Farrah caught a blue catfish.Also, the post has broken the internet since shared. It had grabbed over 2 thousand likes and 741 share and multiple comments from people. 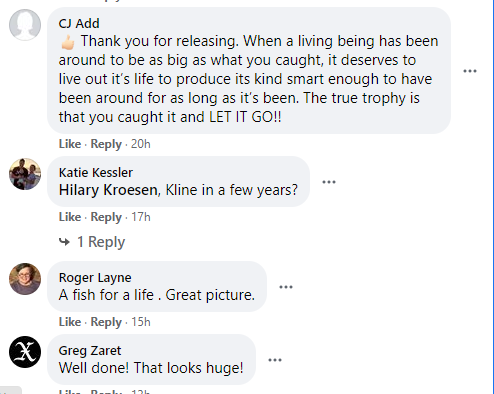 PEOPLE HAVE PLEDGED SO FAR
LATEST NEWS
View all
14 hours ago
Netflix impressed with woman's simple trick to use ex-boyfriend's account
10 hours ago
Meet Jack Rico: 13-year-old boy who graduated with four associate degrees
16 hours ago
London: RSPCA and firefighters rescue fox after its head got stuck in tyre
10 hours ago
Jammu and Kashmir cop wins praises for composing COVID-19 song to raise awareness
11 hours ago
Video: Monkey chases Egyptian TV host out of studio during interview