Corgi And Pug Form Unbreakable Bond Across The Fence, Netizens All Hearts

When Corgi dog was seen loitering near the fence, Erica wrote, “My neighbour's corgi is my spirit animal” in the caption of the first clip.

A video of a Welsh Corgi trying to meet with the pug dog from across the fence in an adorable tale of growing fondness from distance has sparked laughter on TikTok.  Shared by the user named Erica Rhodes, the series of clips show friendly Corgi pooch trying to say a hi at first and later grows impatient to mingle with the pug dog and his owner when she is introduced to them.

Sharing the first clip on her account, when Corgi dog was seen loitering near the fence, Erica wrote that the neighbourhood Corgi seemed like her spirit animal in the video which amassed over a million views. The Corgi dog can be seen doing friendly and cute gestures as it rolls on the ground in delight seeing Erica and the pug dog.

My neighbors corgi is my spirit animal :) 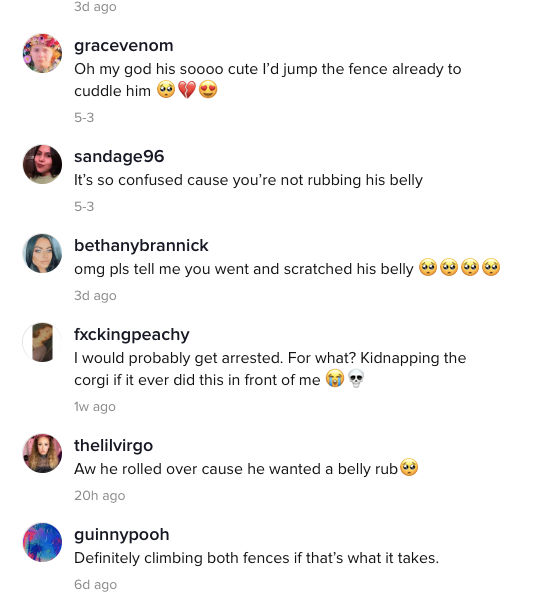 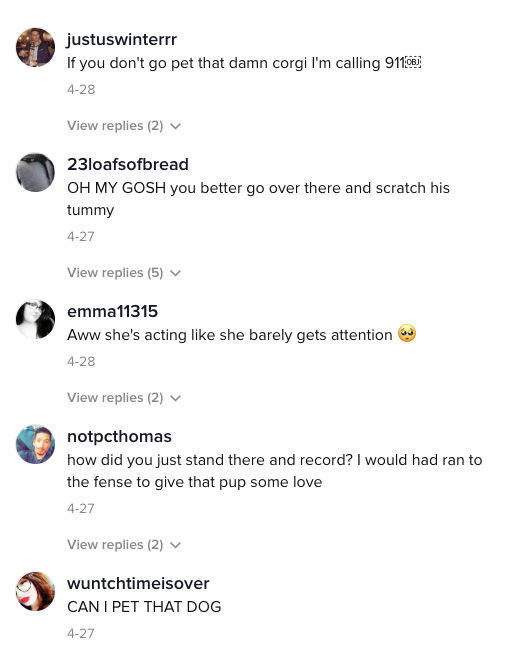 In a matter of few days, in consequent videos, the pet pooch becomes exceedingly fond of the pug named Weston as the family decides to introduce the two pets. In the second clip shared on TikTok, Lula, the Corgi, meets with the pug and the owner as she does not make a move initially while Weston is seen lurking to and fro in excitement. He constantly tries to leap the fence in order to get to the Corgi dog. “Cutest and the most wholesome thing I have seen all day,” wrote a TikTok user, while making a laughter emoji.

Part 2: Finally met the corgi, her name is lula

Lula attempts to get to Weston

In a sudden turn of events, Lula is seen trying desperately to get to Weston by digging with her paws on the ground, right under the fence, as the caption of the next video mentioned. Not just that, she tries to crawl under the fence and get to Weston’s side in a hilarious attempt to unite with him. “That corgi is energy, I love her”, wrote a user. “So cute,” wrote the second.

Romeo and Juliet, Lula trying to get to Weston by digging under the fence haha