Video Of Smart Dog Shows 'once you Run Into A Glass Door, You Develop Trust Issues'

Captioned as,"once you run into a glass door, you develop trust issues”, the clip demonstrates the dog’s insecurities about crashing into the glass slide doors.

In a hilarious video, a dog excited to pass through the kitchen doorway puts his paws forward to check whether it’s glass to avoid running into it. Shared on Reddit, the video now has over 114k upvotes as Redditors call the Golden Retriever dog a smart pooch. Captioned as, "once you run into a glass door, you develop trust issues”, the clip demonstrates the dog’s insecurities about crashing into the glass sliding doors.

In the 24 second clip, the pet pooch can be seen eager to have his meal from the other side of the doorway, however, he wants to desperately step out. He glances over at his owner, then inspects the panel, thinking, it may be glass and he clearly has trust issues. But then he slowly browses the area with his paws to convince himself. Perhaps, he has learned his lessons from past experiences and does not want to make the same mistakes again. Confused, he inspects the screen door by heading out halfway, but in another swift move, hops back inside. Until eventually, after looking outside for a while, and swaying to the right and left several times, he feels confident to walk out.

Once you run into a glass door, you develop trust issues. from aww 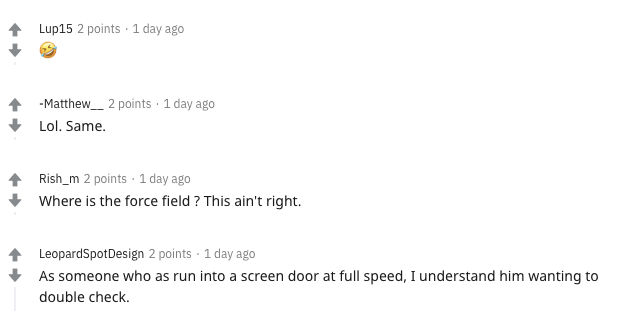 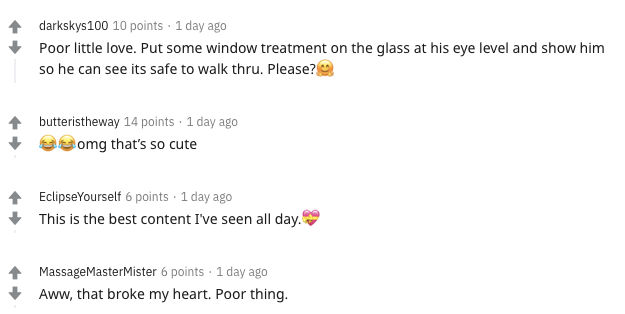 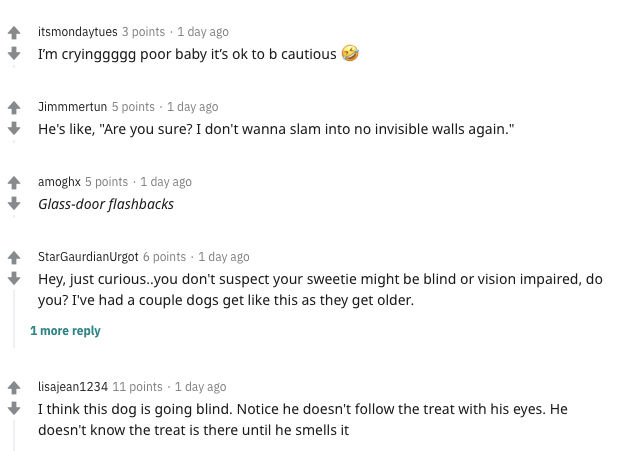 Read:  Video: Cat Gets A Brain-freeze After Eating Ice-cream, Netizens In Splits

“Reminds me of a time when I was in the 4th grade. My parents decided to take us to Ocean City for the 4th of July and I was so excited to see the fireworks. The sliding glass door was always open during the day to let fresh air in. Naturally, that evening, when I heard fireworks outside, I lit my engine and went full turbo speed at the hardest glass door I have ever experienced in my life,” wrote a user relating to the experience. “I love at the end when he gets his snack, he turns to run out with his food but is facing the glass door direction then pivots the other way,” wrote another. "My paw can go through but i don't know, there could be some trickery going on. Not smashing my face again! " wrote the third imitating the dog while making a laughter emoji.

PEOPLE HAVE PLEDGED SO FAR
LATEST NEWS
View all
1 day ago
Pets on a Private Jet: Flight from Delhi to Mumbai hired for Rs. 9.06 lakh; Read details
13 hours ago
Man rescues deer trapped in snake's death grip, netizens divided over viral video: Watch
15 hours ago
Australian man describes his encounter with a shark as 'two minutes of terror'; See pics
16 hours ago
Zomato takes idea from a Twitter user to add 'Human Contact' option on its app
16 hours ago
'Life in Corona': Bride and groom exchange face masks instead of garlands during wedding