Russians in isolation have taken to recreating iconic paintings through photographs on a Facebook group, and posting on Twitter. People are in splits.

While people are confined to their houses amid the lockdown, everyone is trying to find new ways of keeping themselves entertained. People have come up with quirky yet hilarious ideas of keeping themselves engaged. Amid this, Russians in isolation have taken to recreating famous paintings through photographs on a Facebook group, showcasing their creativity.

Russians in isolation are using this time and recreating famous paintings while personifying them. The pictures that are being posted on Facebook show the depiction of the iconic paintings with hilarious twists. One Facebook user commented, “Art heals,” as she posted a personification of a famous painting featuring her daughter. She reportedly said that her daughter has been in hospital for a month, but agreed to pose for the picture. And the picture shows a  stark resemblance of the two girls clad in peach dress.

The public group has 219,782 members and has become very popular among the people from across the world for its sheer creativity in these trying times, when the whole world has turned upside down. Russian journalist Alec Luhan took to Twitter and said the Facebook group is so far the "best thing to have come out of the Coronavirus" lockdown and posted three of his favourite pictures from the group. Have a look at the pictures that have stark resemblance with the iconic paintings that were posted.

The "Isolation" Facebook group where Russians stuck at home impersonate famous paintings is by far the best thing to come out of the #coronavirus lockdown. I'm going to post my top 3 https://t.co/dy6yTTEVcb pic.twitter.com/yqM56lHrvV 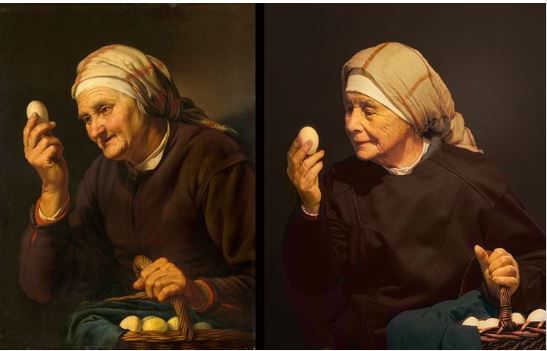 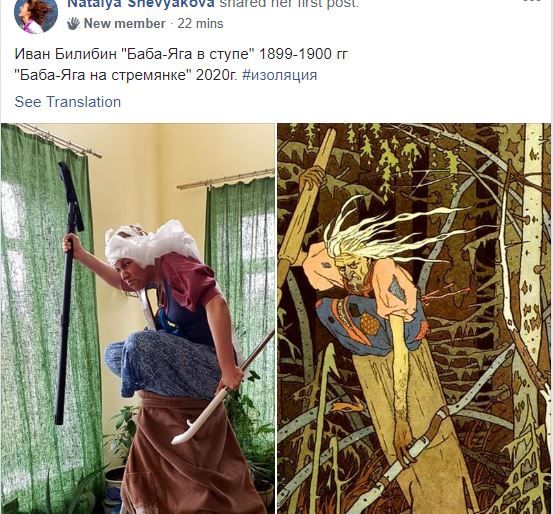