On the occasion of International Women’s Day 2020, the Indo-Tibetian police have released a Hindi language song written and composed by one of its jawans.

On the occasion of International Women’s Day, the Indo-Tibetian police have released a Hindi language song, written and composed by one of its jawans. ITBP on March 8 released the song titled Lado Meri Lado on social media platforms. The 7 minutes 24 seconds audiovisual clip features a soldier and showcases his commitment towards his country as well as his family. The song also promotes the Beti Bachao Beti Padhao campaign of the Indian Government. 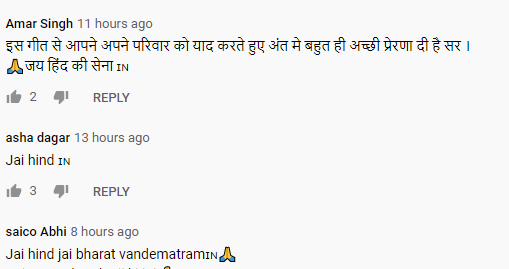 Free tea to celebrate the occasion

A tea vendor from Mumbai has also joined the Women’s Day celebrations in his own unique way. Manoj Thakur, a small tea vendor is reportedly offering tea free of cost to all women visiting his stall. Talking about his move. He told reporters that he wanted to do something special on International Women’s Day.

For the purpose, Thakur has reportedly put up a banner near his tea stall which reads, “Happy Women’s Day, We are celebrating March 9th 2020, 3 pm to 7 pm. Free Chai for all the respected women.” Talking to ANI, Thakur said that he had been selling tea for 10-15 years now and he felt that he should do something different and special on this Women’s Day. He also revealed that women customers visited his stall frequently.