Recently, the social media handlers of the music app giant, Spotify changed their logo to a viral Good Day cookie and here is what motivated them to do so.

With billions of people using social media every day, several things go viral on the internet for good reasons. From heartwarming stories of people helping each other to several funny memes, people enjoy a wide range of content on the internet. Recently, a Twitter user, named @tapanguchi pointed out an uncanny resemblance between a Good Day biscuit and Spotify’s logo. On his handle, the user wrote that he offered a Good Day biscuit to his colleague, who exclaimed “Spotify!” in response. Joking about the same, the user mentioned that he can’t unsee it now. Take a look:

I offered a Good Day biscuit to my colleague and he exclaimed "Spotify!". Now I can't unsee it. pic.twitter.com/a6IChxEThj

The tweet went viral in no time and unleashed a flood of reactions from netizens, including Good Day biscuit’s company, Britannia. Taking to their Twitter handle, the authorities at Britannia took a comical jibe at Spotify and wrote: “Well, our crunchy and buttery #GoodDay Cookies always hit the right "spot"... So, coincidence?!”. Soon after, the authorities at Spotify, too, changed their display picture to a Good day cookie and wrote: “Even we can’t unsee it now” in their status: Take a look: 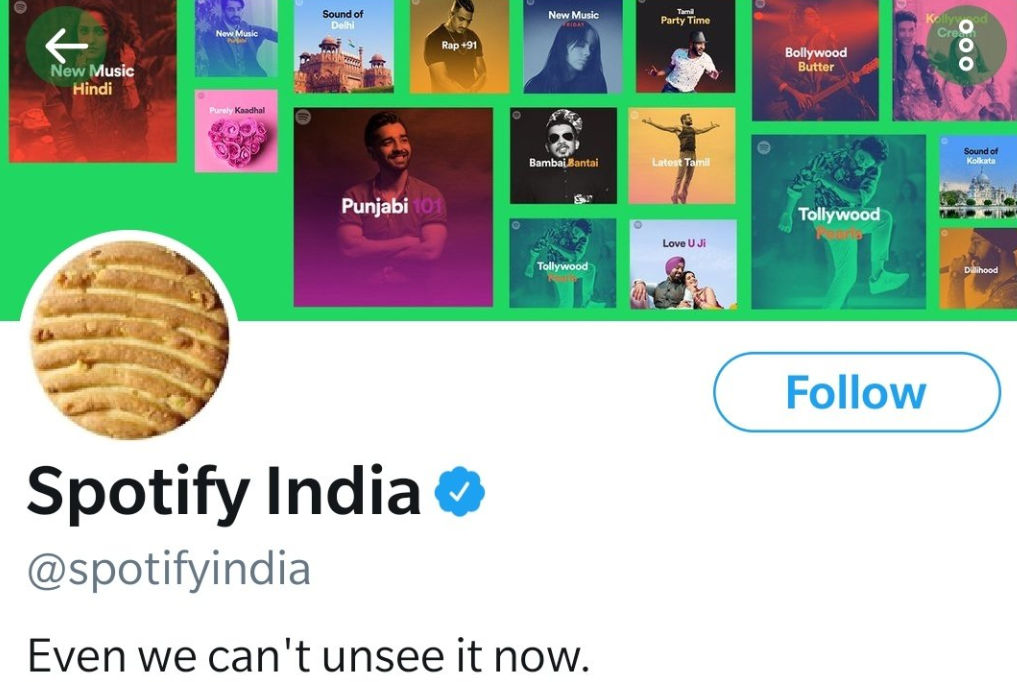 The viral video of Meghalaya police

Titled 'The Khaki Vibes', the Meghalaya Police's take on drug abuse has become a hit online. With lyrics like "Imagine all the people, enjoying a natural high", the song was reportedly created to encourage people to live a clean and drug-free. As seen in the video shared, the song shows cops performing the recreated version of 'Imagine'. The much-loved video song was shared by Meghalaya Police on Facebook on the occasion of World Music Day.