Popular YouTuber Lance Stewart has stunned the audience with a new "knife in the head" prank that he performed in front of his girlfriend, Julia Summer.

Popular YouTuber Lance Stewart has stunned the audience with a new "knife in the head" prank that he performed in front of his girlfriend, Julia Summer. Taking to his official Instagram account, Lance wrote, "I'm so sorry babe," as he shared spine chilling footage of himself weeping with a fake knife piercing through his head. The nearly one-minute-long clip has triggered laughter on Instagram after Lance's girlfriend, horrified at the sight, assumed her boyfriend's injury was real. In the video, she was seen panicking and drawing her cellphone out to call emergency numbers.

As the video opens Lance is seen with a kitchen meat cleaver jutting out of his head. The Youtuber pulls some of the best-acting moves as he crashes on the floor, the whole time frantically crying and blowing as though he was hurting. Few seconds into the clip, Lance’s girlfriend storms into the kitchen terrified after she believes that Lance was injured for real. In a hilarious turn of events, the woman starts to cry along with him. YouTuber Lance had formally introduced his girlfriend earlier this month to the subscribers. Lance posted a "Meet My Girlfriend" video on his Instagram for his 6.6 million subscribers. The vlogger is often shared several exciting updates from his day to day life to keep his audience entertained.

In his recent prank video, the subscribers were reduced to laughter as they speculated what may have ensued behind the scenes after his girlfriend found out that he was faking his injury. “Verified bet you could hear where that knife was coming from,” one said. “Defo sleeping on the sofa tonight,” another said. “You did her wrong,” one other commenter joked. “Lol bro she has to get you back for that,” one other laughed. The footage garnered more than 5000 comments and was viewed over 2.7 million times. Several fans recommended that Lance must try his hands at acting after watching his outstanding performance. Others asked, “She still loves you?”. Some were astounded that the woman nearly called 911 in a panic. 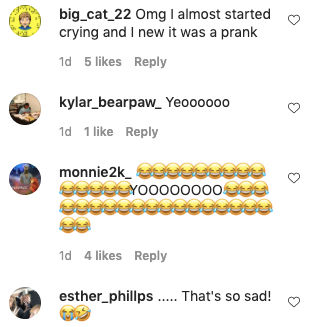 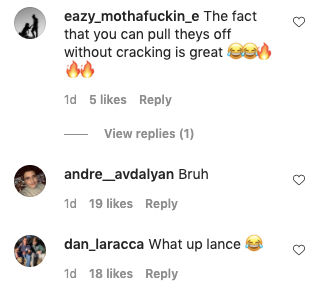