'Mysterious' Monolith Spotted In A Park In Ahmedabad For The First Time, Netizens Baffled

The "mysterious" steel monolith continues to create stir even in 2021 as it has now been spotted in a park in India's Gujarat province.

The "mysterious" steel monolith continues to create stir even in 2021 as it has now been spotted in a park in India's Gujarat province. However, the mystery around the object didn't last for long as only a few hours later a private company claimed to have put the monolith in the garden in Ahmedabad. As per reports, Symphony Ltd. installed the steel monolith in the middle of a park that is jointly managed by the company and the local municipal body.

Read: US: Another Metal Monolith Has Popped Up Outside A Candy Store In Pittsburgh

The steel monolith installed by Symphony Ltd. is the first one to appear in India, after being spotted in several parts of the world earlier last month. Symphony Forest Park shared several images of the steel monolith on its Facebook handle with a caption that read, "In tune with nature!". The nearly 10 feet long work of art was installed by Symphony Ltd. on December 29, but it started garnering a lot of attention on Thursday as locals gathered to see the monolith. 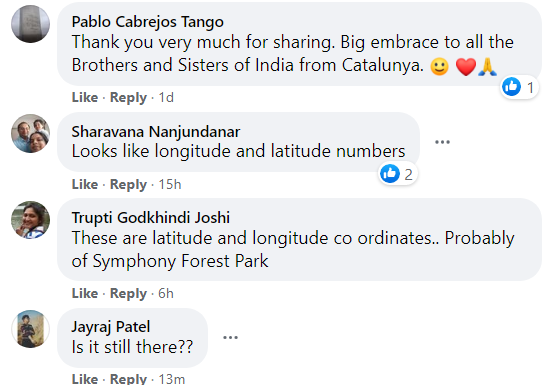 The appearance of the first monolith

The first mysterious monolith object in the world appeared in a remote part of Utah, United States. The 10-12 feet long steel object appeared to be firmly planted deep in the ground and was spotted by a helicopter pilot, while he along with a team of wildlife resource officers were out counting the bighorn ship in the state. The mysterious triangular object disappeared after a few days and has since emerged in several other places, including the Romanian mountainside and Compton beach of the Isle of Wight. An art group later claimed credit for the monolith in Utah, sharing the specifications about the artwork on their Instagram handle.

A post shared by The Most Famous Artist (@themostfamousartist)

Read: Monolith Appears On English Island After Disappearing From Romania And Utah