One of Phoebe Buffay's triplets from FRIENDS, Alexandria Cimoch, is now a TikTok star and fans cannot keep calm over it. Here is what they are saying.

Alexandria Cimoch along with her siblings played Phoebe's triplets on FRIENDS. She recently joined TikTok and went viral after she shared that she was one of the baby triplets on FRIENDS. She played the part in the sixth season for the episode titled The One With Joey's Porsche. The siblings were later replaced as the triplets grew up. Alexandria recently joined TikTok and fans cannot keep calm over it.

Some of the FRIENDS fans were fascinated that she played Phoebe's baby on the show. There was another portion that was amused by the fact that she was actually held by Chandler (Matthew Perry). One user jokingly asked if Phoebe was not her mom. 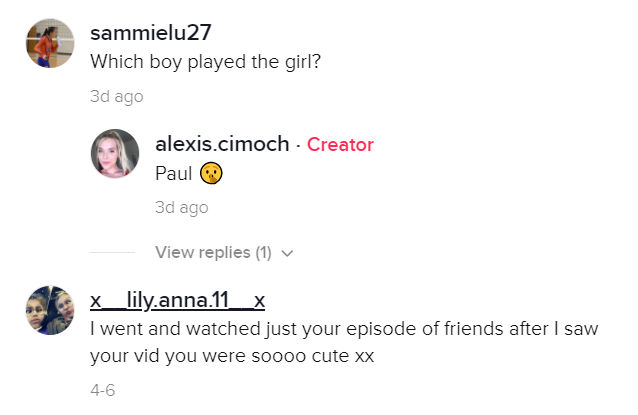 Post her stint with FRIENDS, Alexandra Cimoch is now all grown up and did not sway far away from acting. She still acts and had been a part of many theatre plays. She recently appeared in a production of the musical Hair. Alexandria is currently studying at the University of Wisconsin. She is actually a quadruplet and has three brothers - Paul, Cole, and Justin. All four of them were cast and one of them was replaced when someone from the other three started crying.

PEOPLE HAVE PLEDGED SO FAR
LATEST NEWS
View all
6 hours ago
Bizarre! Canadian man receives hair cream 8 years after placing order in 2012
7 hours ago
'Hero' dog turns saviour as he helps rescue hedgehog stuck in net
12 hours ago
London: RSPCA and firefighters rescue fox after its head got stuck in tyre