While the internet is filled with videos of pet pooches doing adorable and creative acts, one particular dog is taken it a step further by creating abstract art

While the internet is filled with videos of pet pooches doing adorable and creative acts, one particular dog has taken a step further. Huxley, a doggo which already enjoys a humongous following on Instagram due to panda like appearance, recently painted an abstract painting. A brief video of the same was shared on its Instagram page and has now left the internet appreciating his "amazing" talent.

“If you’re having a bad day, Huxley will make you some abstract art”, reads the caption posted along with the video. In the nearly one minute video, the pet pooch is presented with a blank canvas board and tubes of oil paints. As the clip progresses, the adorable little doggo could been dipping his paws in the paint and creating his “masterpiece”.

A post shared by Huxley the Panda Puppy (@huxleythepandapuppy)

Read:Banksy Unveils His Latest 'rat-infested' Graffiti As He Works From Bathroom Amid Lockdown

Read: Paintings Created By Rat Sell For Nearly Rs 1 Lakh, Attract Buyers From All Over The World

With over 10 thousand views and numerous comments, the video is a hit on the internet. Netizens also took to opportunity to laud the doggo's artistic skills while many have just reacted with heart emoticons. “So talented! New name: Huxley the Picasso Puppy,’ wrote au ser. While, another added, Handsome Huxley!! You’re an artist!! Such a cute idea,’ Yet another comment read, “Wow Huxley, that is beautiful and you’re so talented.” 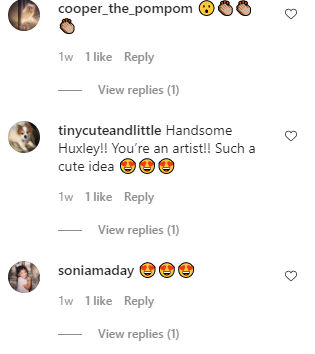 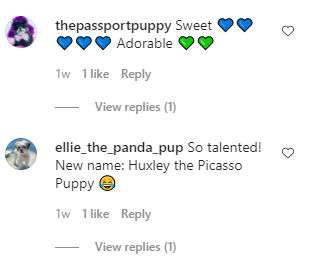 Read: Paintings Created By Rat Sell For Nearly Rs 1 Lakh, Attract Buyers From All Over The World

A rat named Gus is attracting a lot of attention after stories blew claiming his paintings sold worldwide for 1,000 pounds, which is approximately Rs 92,000. According to reports, Gus creates miniature paintings on canvases which his owner later sells online to buyers from all over the world. The little rodent reportedly uses his paws to paint on empty canvases, the results of which are incredible. Gus is owned by a 19-year-old girl named Jess Indseth, who lives in Manchester, England.