A new type of frog has been discovered beyond its familiar range. A Chiricahua leopard frog was captured by a US Forest Service Volunteer in a stock tank.

When animal videos and images were already doing rounds on social media, a new type of frog has been discovered beyond its familiar range. According to reports, the aquatic frogs were thought to exist only in eastern Arizona, Western New Mexico and northern Mexico. However, a Chiricahua leopard frog was captured by a US Forest Service Volunteer. The frog was found in a stock tank near the town of Camp Verde in Central Arizona. It was later confirmed by Biologists that at least 10 such frogs were living there.

Reports suggest, leopard frogs are named because of the irregularly shaped dark spots found on their back and legs. They generally live near ponds and marshes and eat just about anything that fits in their mouth. Initially, it was considered as the most abundant species in North America. However, there were massive declines in the early 1970s. 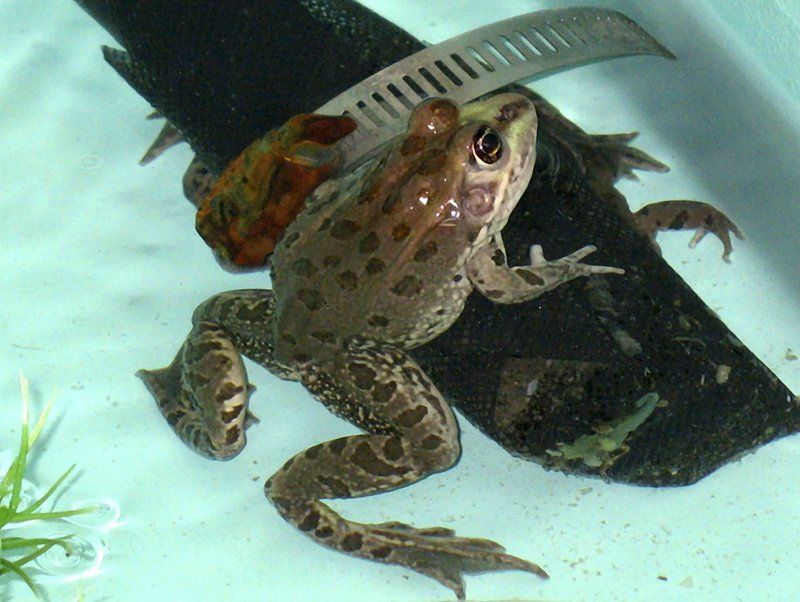 From the Arizona Game and Fish Department, Audrey Owns said that there is a probability that the frogs could have moved to the lower elevations in Camp Verde. This is because the frogs are on a hunt for a warm habitat that could protect them for fungal disease. Janie Agyagos, who is a wildlife biologist for the Coconino National Forest’s Red Rock Ranger District said, since biologists do not know what can prove to be successful for the frogs to adapt in natural conditions, it is important that large scale and varied recovery efforts are carried out in the Fossil Creek watershed.

According to the US Fish and WIldlife Service the frogs were listed as threatened in 2002. Reports also suggest that recovery efforts have included the rearing of frogs in captivity and then releasing them into stock tanks. A recovery team has also been assigned that keeps supplementing water amid a prolonged drought, removing the livestock and controlling erosions. Biologists have also planned to visit aquatic areas near Camp Verde to come to an idea as to how many frogs exist in the area.