'Where Is India': Curious Americans Search On Google Amid Donald Trump's Visit

as US Donald Trump is currently on a two-day visit to India, 'what is India' has occupied the American citizens on the same days of February 24 and 25.

As United States President Donald Trump is currently on a two-day visit to India, 'What is India' has been widely searched by American citizens on the same days. Since there has been a lot of curiosity about Trump's maiden tour to India and his meeting with Prime Minister Narendra Modi. According to Google trends, US has been looking for answers to questions like “Where is India”, “What is India”. There has been a considerable spike in the search levels of “What is India” from January 28 till now. Most of these questions regarding India were searched by residents of New Jersey, Vermont, Indiana, Connecticut and Georgia. 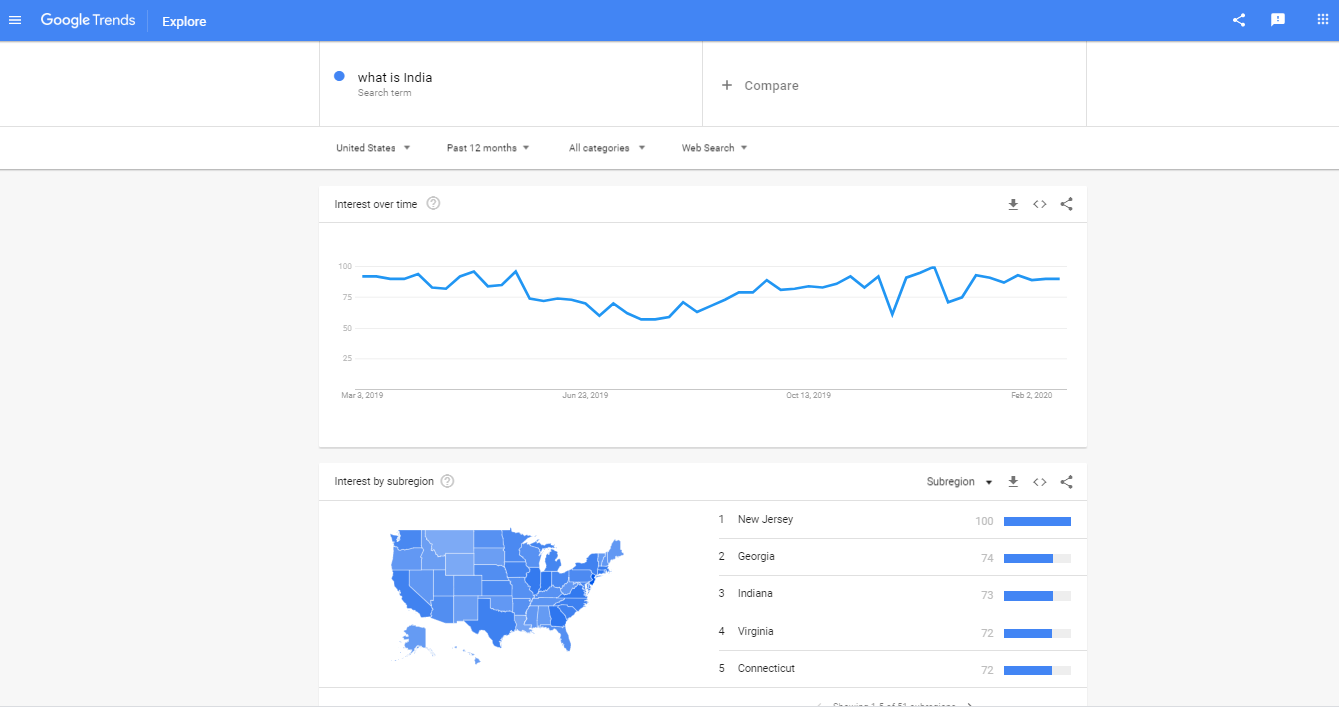 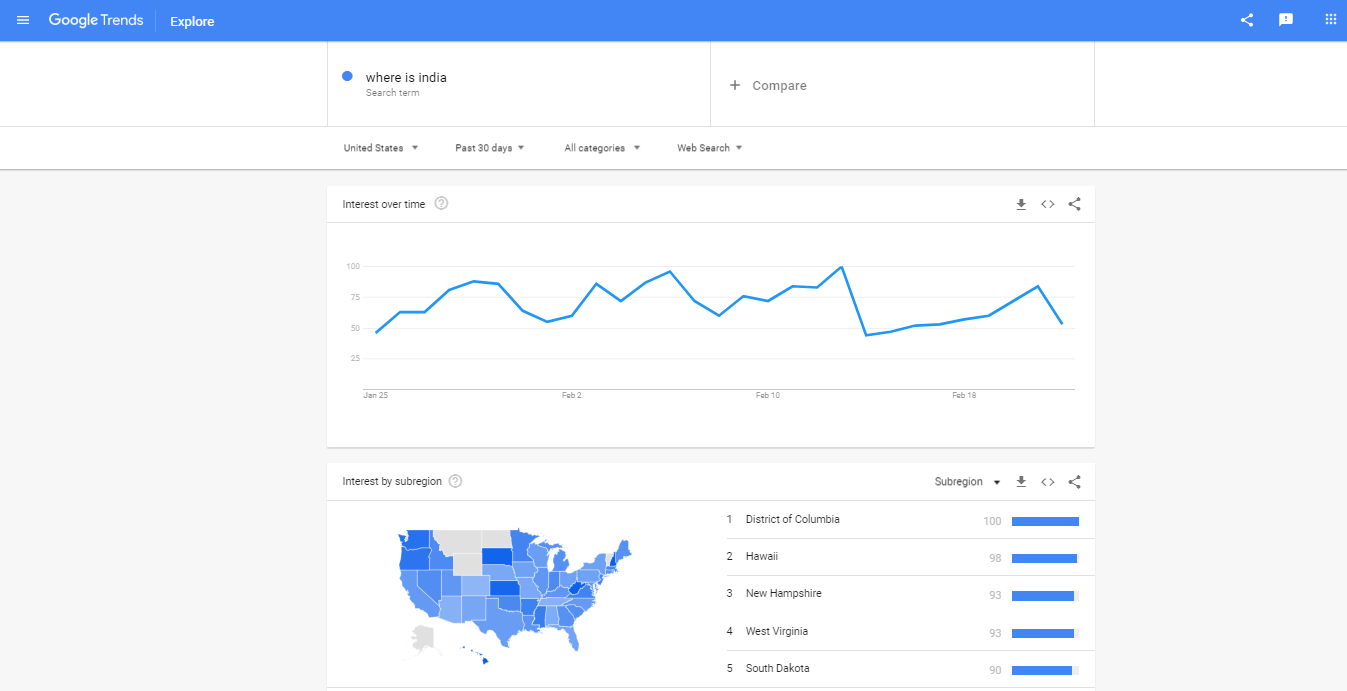 Along with American citizens questioning what is India, certain US officials who have dined with the POTUS on several occasions worried about his diet during the trip. A senior US official claimed that Trump usually has salads for meals but other than that he has “never seen him eat a vegetable”. An international media outlet quoted the official worrying about what Trump will eat during his 36-hour visit to India and said, “they don't have cheeseburgers”.

According to media reports, Donald Trump's diet mainly consists of steaks, burgers, and meatloaf. However, his meal plan changed as he visited three major Indian cities during his two-day trip to Ahmedabad, Agra, and Delhi and tried different delecacies. Prime Minister Narendra Modi even organised a grand reception for the visiting officials including First Lady, Melania Trump and daughter, Ivanka Trump.

The US President arrived in Ahmedabad and addressed the massive crowd of 1,10,000 people at world's largest stadium on Fewbruary 24. Accompanied by First Lady and Ivanka Trump, the US President even visited the Taj Mahal in Agra later in the evening, which was reportedly cleaned after at least 300 years for his visit.