US President Donald Trump on Tuesday signed the visitor's book at Rajghat and mentioned that the people of America "stand strongly with Wonderful India."

After paying homage to Mahatma Gandhi at his memorial site Rajghat in the national capital, US President Donald Trump signed the visitor's book and mentioned that the people of America "stand strongly with Wonderful India". The US president and First Lady Melania Trump laid a wreath and paid floral tributes to the father of the nation at Rajghat. The Trumps reached Rajghat after a ceremonial reception at the Rashtrapati Bhavan in Raisina Hills.

Trump in the visitor's book also remembered Mahatma Gandhi and wrote "The American people stand strong with a sovereign wonderful India, the vision of the great Mahatma Gandhi. This is a tremendous honor." 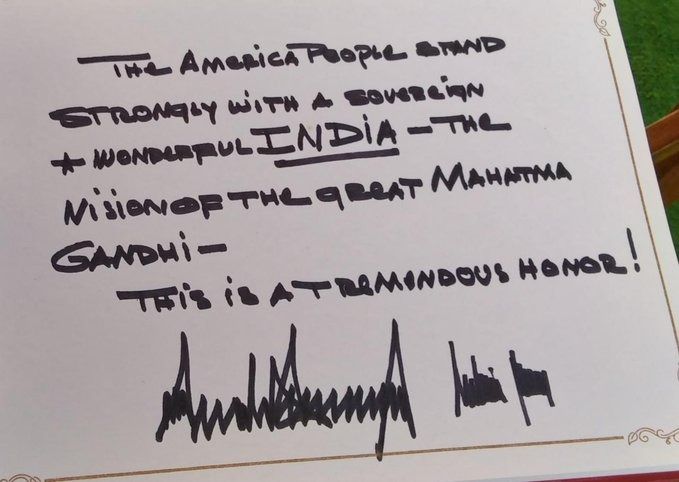 After signing the visitor's book at Rajghat, and the couple also planted a sapling at the memorial site. Union minister of Civil Aviation Hardeep Puri accompanied the US first couple to Rajghat.

READ: Trump in India, here's the US President's guest book entry at Gandhi Ashram in Sabarmati

US President's Guest Book Entry At Gandhi Ashram In Sabarmati

US President Donald Trump had thanked Prime Minister Narendra Modi for the "wonderful visit" in his message in the guest book at Sabarmati Ashram in Ahmedabad on Monday, February 24.

Addressing Prime Minister Modi as a "great friend", US President Trump thanked him for his invitation to visit India. The note was signed by him and First Lady Melania Trump. Earlier, they had also tried their hand at the icon Charkha, and PM Modi and Trump had also garlanded a portrait of Mahatma Gandhi. 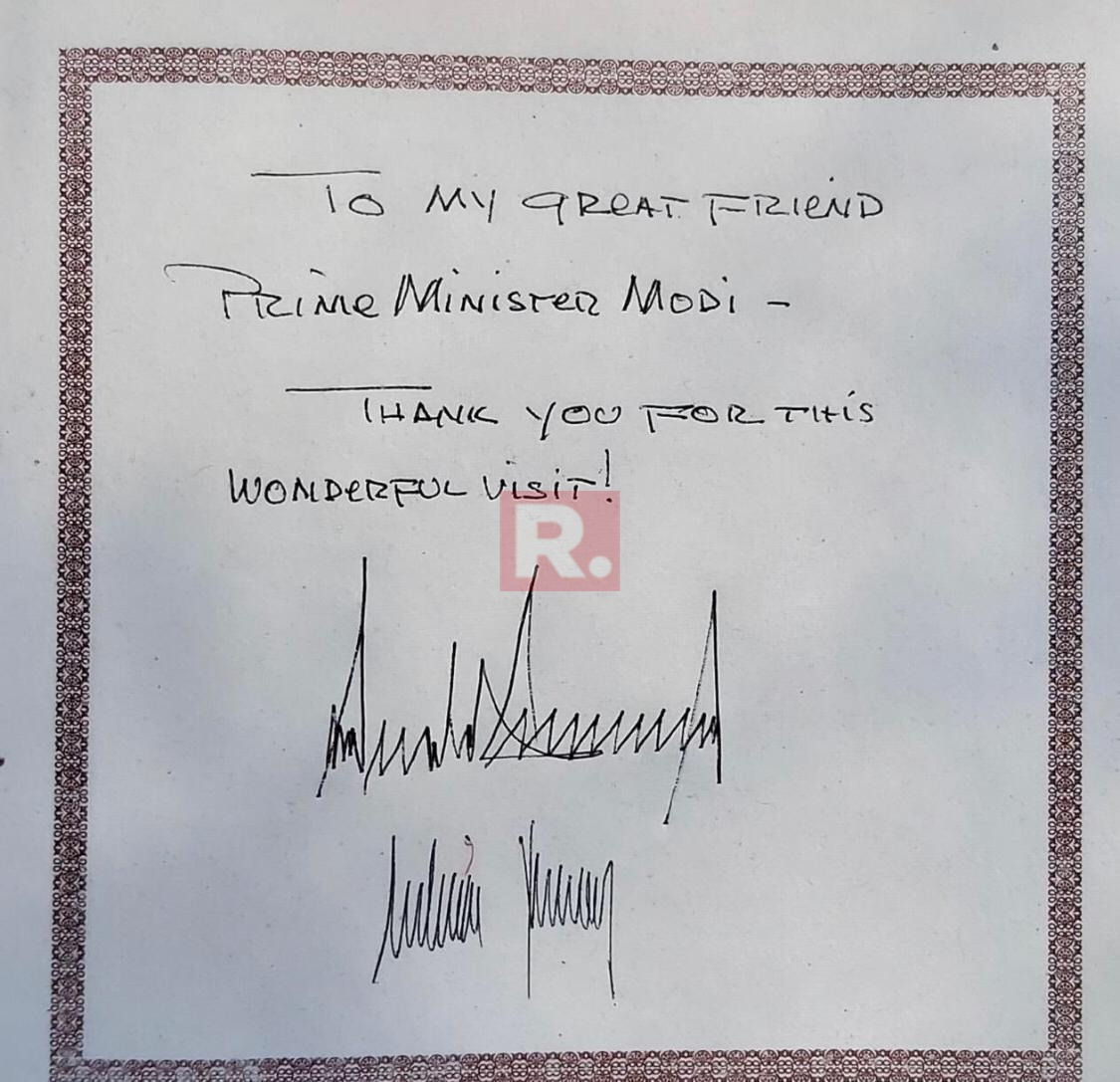 During their visit to Sabarmati Ashram, Trump and the US first lady paid tributes to Mahatma Gandhi. As PM Modi guided them through the famous ashram, Donald Trump and his wife Melania Trump tried their hand at the charkha. Subsequently, they wrote in the visitor’s book. This was followed by PM Modi highlighting the importance of Gandhiji's three monkeys.

READ: Ahead of 'Namaste Trump', Amul welcomes US President Donald Trump with a quirky doodle