YouTuber Karl Rock Reveals How He Decided To Settle In India, Shares His Love Story

YouTuber Karl Rock first visited India in 2013 and has since become so fascinated with the country that he ended up marrying an Indian woman. 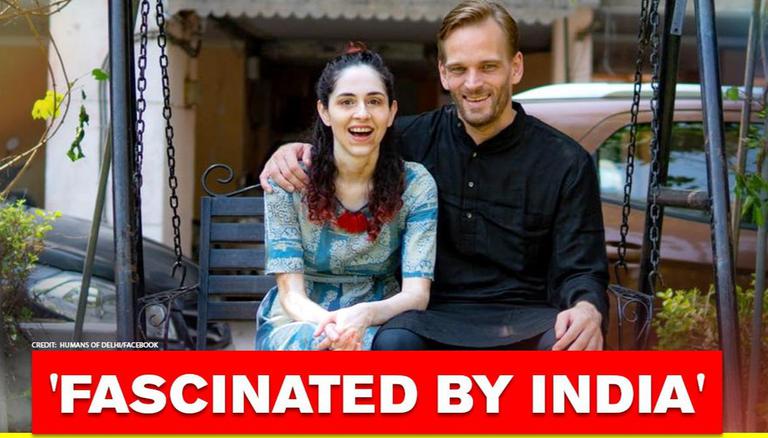 New Zealander YouTuber Karl Rock first visited India in 2013 and has since become so ‘fascinated’ with the country that he ended up marrying an Indian woman and settling in New Delhi. In an interview with Humans of Delhi, Karl said that a ‘plate of butter chicken’ in his hometown blew his mind after which he decided to visit India and know more about the country. He was so fascinated by the Indian history, culture, people and the food that it became his yearly ritual to visit the country and explore a new state.

Karl began chronicling his journeys on YouTube and over the years he turned into a go-to channel for foreigners as to what they could expect while visiting India. From bargain with local vendors to enjoying the ‘tapri ki chai’, Karl soon gained popularity and he saw a meteoric rise in the Indian YouTube circuit. It was in 2014, that he met his future wife Manisha.

Karl revealed that he met Manisha at a mutual friend’s party and they both instantly ‘hit it off’. He said, “I saw her for the first time as I opened the door, and something just clicked in my mind. It was one of those feelings when you instantly know that the person is someone special; you are attracted to them and want to know more about them. We chatted for a while and just hit it off from there”.

READ: 'Not An Ad': Lilly Singh Gets Tiger Balm Cake On B'day, Calls It 'reality Of Getting Old'

He further went on to narrate his whole love story and said that he was a foreigner on a tourist visa, which could have meant ‘the end’ to their relationship. However, he added that thing changed for better and the couple continued to be in a long-distance relationship for over a year. He said ‘fortunately or unfortunately’ he lost his job in New Zealand and then decided to again spend a year in India trying to travel to every state in the country.

It was two years into the relationship when he decided to meet Manisha’s parents. He said that Manisha belongs to a Jat family from Haryana and they come from a traditionally conservative community. Karl added that initially, her parents opposed to the idea of him marrying her, however, after a lot of convincing they decided to meet him once before they could make the decision.

He said, “I was living in a hostel during that time, and the day before I met her parents, I told a hostel mate about the impending meeting. He advised me to touch her parents’ feet when I met them”.

He added, “He couldn’t have been more right! When I met them the next day, I immediately bent down and touched their feet, and they really appreciated the gesture. For them, it meant that I could integrate myself into an Indian family”.

Karl revealed that his in-laws also stocked up Coca-Cola because they thought that was what foreigners had. He said that he enjoyed the home-made chai, samosas and namkeen on the table, while also discussing his family, future plans and income. Now, the couple is living together in a joint family and he loves that fact that there is always someone around him and he never feels alone. He added, “For me, living in a joint family is a beautiful feeling’.