Was the pandemic poem starting with "and the people stayed home" written by Kathleen O’Mara in 1919 during the Spanish Flu pandemic? Here is a fact check. 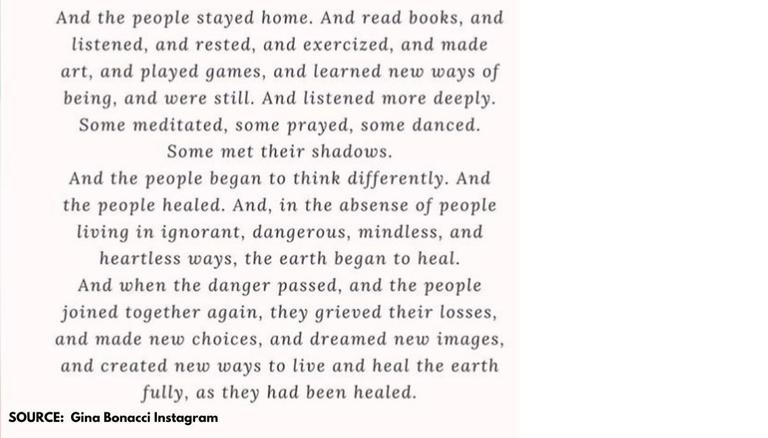 Claim: A pandemic poem that was written by Kathleen O’Mara back in 1919 starting with the phrase "and the people stayed home" is currently going viral.

The rumour is about a poem which goes like "And people stayed at home", the poem is said to be written by Kathleen O'Mara in 1919 during the Spanish Flu. The poem is being shared currently since the world is facing another pandemic currently. 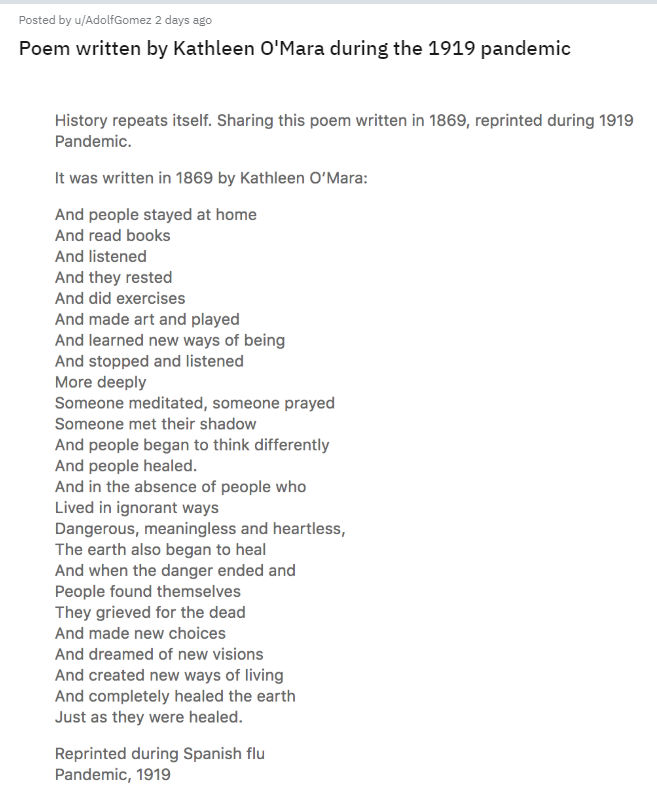 ALSO READ| Fact Check: Is Earth's Ozone Layer Healing? What Is The Effect Of Lockdown On Ozone Layer?

After an analysis of the Google Trends with respect to Kathleen O'Mara's poem, one can see that the people have been hugely interested to know whether she wrote a pandemic poem back in 1919. The maximum number of searches have been done on April 7, 2020.

Rating: False due to misattribution

Here is one of the font formats one may have come across through the web, citing Kitty O'Meara as the author of the poem. 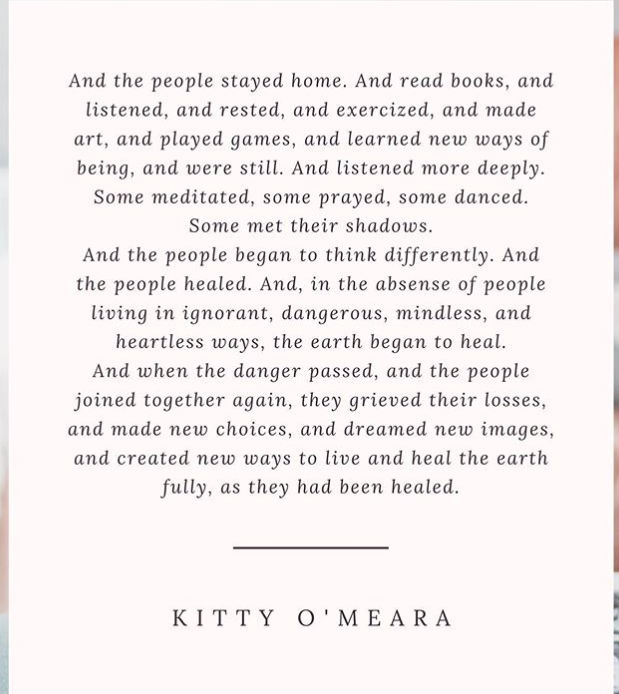 ALSO READ| Fact Check: Has CBSE Decided To Resume The Standard 10 And 12 Exams From April 22?