Fact Check: Has CBSE Decided To Resume The Standard 10 And 12 Exams From April 22?

Fact check: A CBSE press release has been circulating on social media that says standard 10 and 12 exams will be resumed from April 22, 2020. Read more.

The coronavirus pandemic has led to the postponement of many things so that the rule of social distancing can be followed by everyone. The exams of students in schools, as well as colleges, were also postponed indefinitely. Recently, people have been sharing a press release by the Central Board of Secondary Education that the exams that were postponed will resume on April 22, 2020. This became the talk of the town as parents and children alike were concerned about the news and whether it was true or fake.

A press release under the letterhead of Central Board of Secondary Education is being shared by people on Whatsapp, Facebook and other social media portals that the CBSE exams will resume on April 22, 2020. It also has four other instructions given. The first instruction is that the examinations that were postponed in North East Delhi province, India and abroad will be rescheduled. Secondly, the allotted schools for the exams shall remain the same and thirdly, no new admit cards will be issued. Finally, the evaluation of the exams will start on April 25, 2020. 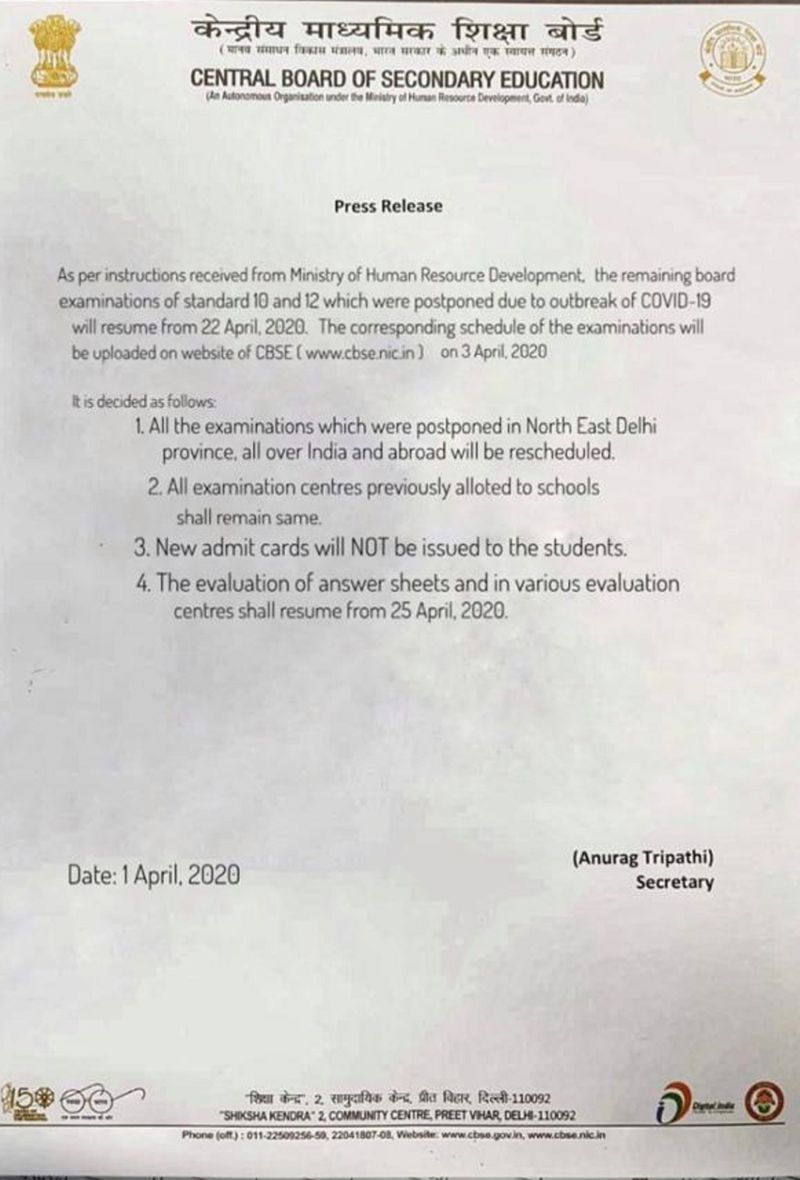 ALSO READ | Fact Check: Does The Coronavirus Study In France Prove Chloroquine To Be The Vaccine?

It is very important to note that there is no signature of Mr Anurag Tripathi on the letter, who is the Secretary of CBSE. Another point that proves that this is a fake press release is that the letter lacks an official stamp of the organisation, which is a crucial part of any official document. The PIB Fact Check Twitter account also termed this news as Fake and have shared that exam dates have not been fixed yet.

A #CBSE press release, stating that examination of standard 10 and 12 would resume from 22 April 2020, is #Fake and not issued by CBSE.

Exam dates have not been fixed yet.

No new exam dates have been fixed by the CBSE yet

The fake Press Release came forward after a genuine press release was issued by the Central Board of Secondary Education. A news portal reached out to an official of the CBSE board, Rama Sharma, who has asked the students to wait for the official announcement. PIB Fact Check's tweet also includes the link to the official press release by the CBSE.

The official press release has talked about how the exams have been postponed and the next date sheets will be issued by them. They have given properly categorised information for different classes. For classes 1 to 8, all students will be promoted. The children who are studying in classes 9 and 11 will be promoted on the basis of their project work, periodic tests, term exams and their classroom conduct if they have not been able to give their final exams.

For class 10 and 12 board exams, they will be rescheduled as per the situation and the concerned officials will be given a 10 days notice. They have also provided with the list of main subjects whose exams will be held in the rescheduling. The release also urges everyone to avoid rumours and only follow the official social media pages of the CBSE board. The entire press release can be found on the CBSE official website.

People have been trying to search about the CBSE postponement and the dates since the time the fake news has come up. On April 2 at 8.30 PM, the searches saw its peak. People have also looked for the official press release as can be seen on the related queries section on Google Trends. 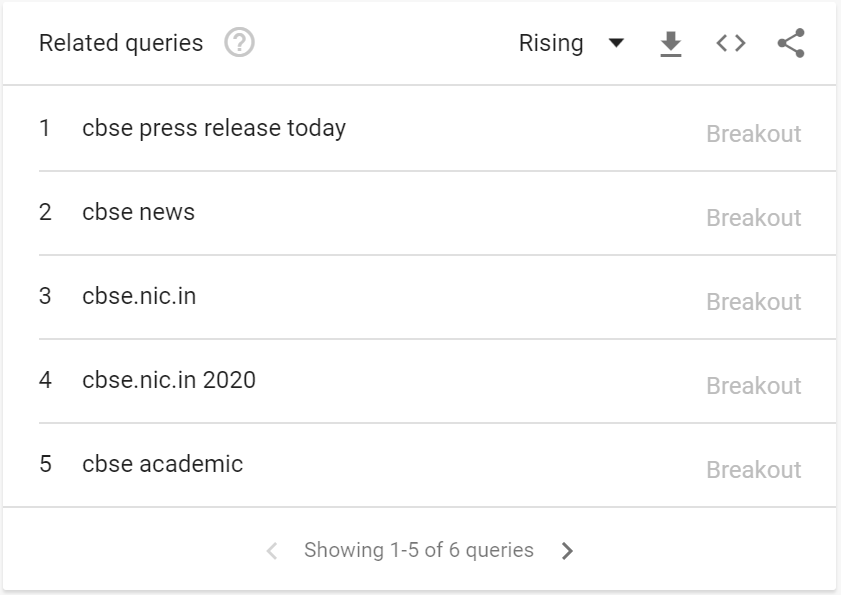 ALSO READ | Fact Check: Video Of Man Committing Suicide Due To COVID-19 In NYC Proved To Be Fake