Fact Check: Is The Monumental Eiffel Tower Visible From London?

Fact check: A recent video showcased the Eiffel tower being visible from London but it has since then been proven wrong. Read below for details.

The ongoing coronavirus outbreak has caused a lot of confusion and paranoia amidst people.  The pandemic has taken an ugly turn and the confusion is fuelled furthermore when people share fake messages and doctored videos on social media platforms. Now, another such fake video has started circulating on the internet.

A video has been doing rounds on the Internet where the Eiffel tower can be apparently seen from the London Eye. The video claims furthermore that the Eiffel tower is visible now as people are maintaining self-isolation. The video was captioned stating 'We are the Virus', referencing to the ongoing coronavirus pandemic. 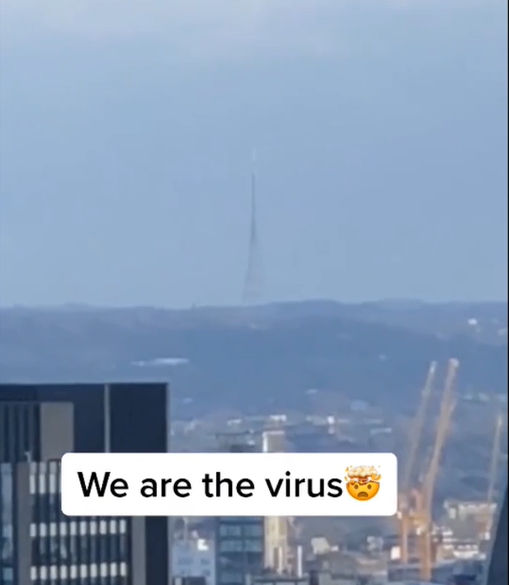 The London Eye is located in the South of London, the distance between it and Paris is nearly 200 miles. The stature similar to the Eiffel Tower is actually a massive television transmitter. It is called the crystal palace transmission mast. It is possible for various people to mistake it for the Eiffel tower as the tower is 719 meters tall. The transmission tower was built back in 1956 and is still used as the primary transmitter for various television and radio stations in London.

Also read: Fact Check: Video of man committing suicide due to COVID-19 in NYC proved to be fake 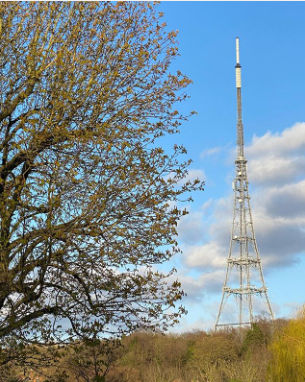 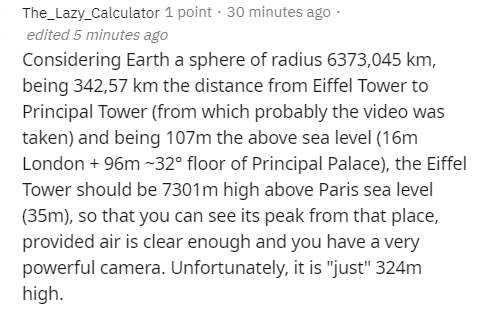 As the video was posted on Reddit and various other social media platforms from there, a number of people searched on Gooogle whether the video had any credibility to it. This resulted in a surge of searches for the same. Check it out below - 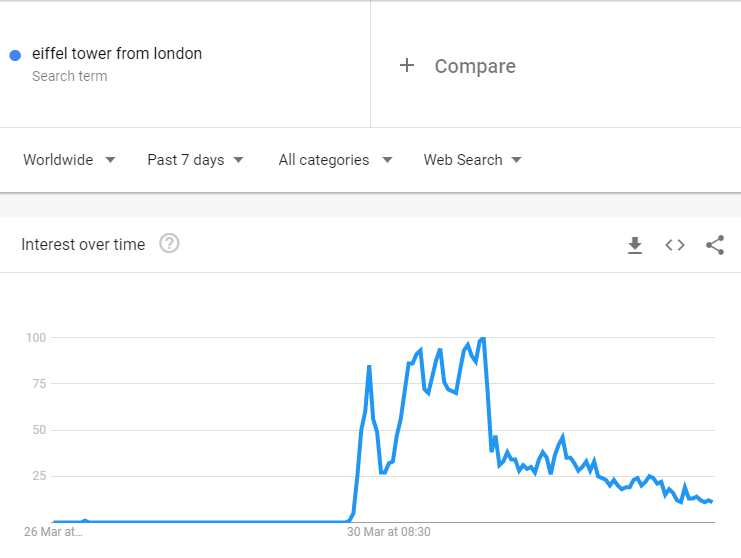 Also read: Fact Check: Did Italy seek war damages from China due to the Coronavirus outbreak?