Fact Check: Herd Of Deer On Ooty Road After The Coronavirus Lockdown In India?

An image recently spread like wildfire stating that a herd of deer was seen on Ooty road after Coronavirus lockdown in India. Here is the fact check!

Claim: Deer on Ooty road after coronavirus lockdown in India

A herd of deer started taking over the Ooty-Coimbatore road amidst the Coronavirus lockdown. The image states that wildlife is reclaiming the public spaces during the time when the human race is under a nationwide lockdown due to the COVID-19 pandemic. 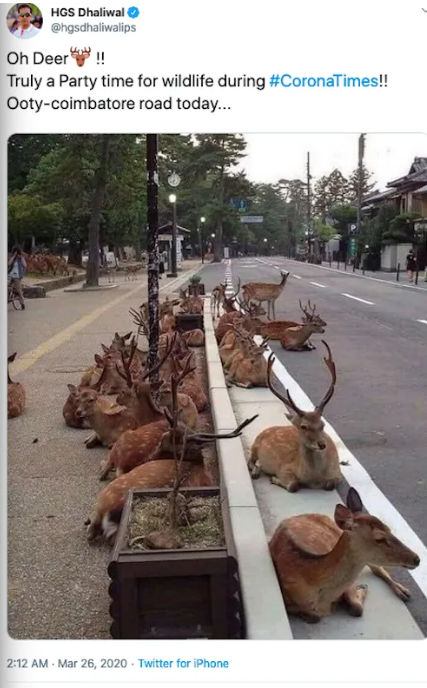 Google Trends about the deer on Ooty road rumour

Here is the number of searches people did on Google after the image became viral all over social media. On March 28, 2020, deer on Ooty road rumour saw a spike. 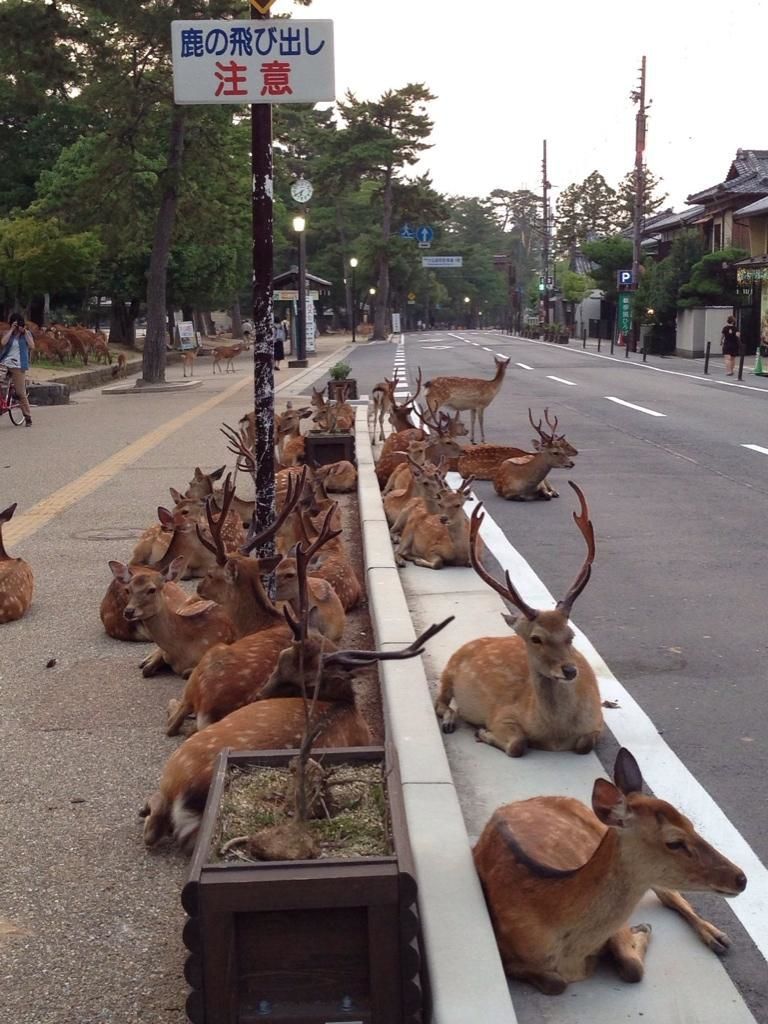 Is there any rumour you want Republic World to do a fact check on? Do you have facts about a rumour? Share your pictures or videos with Republic World on contact@republicworld.com

ALSO READ| Fact Check: Has Someone In Goa Dressed Up As A Ghost To Make People Stay At Home?

PEOPLE HAVE PLEDGED SO FAR
LATEST NEWS
View all
6 days ago
Fact check: No, Maharashtra government hasn't laid down guidelines for Covid lockdown 5.0
3 weeks ago
Fact Check: Is there a proposal for a 30% deduction in government employees' salaries?
1 week ago
Fact Check: Has the Ministry of Home Affairs permitted states to re-open schools?