Fact Check: Is The Picture Of A Soldier Carrying A Donkey On His Back From World War II?

Fact check: A recent photo going viral claimed that a soldier carried a donkey during the World War II. The photo has since then been proven wrong.

Also read: Fact Check: Did the Texas woman who passed away due to Coronavirus, call it a hoax?

Recently, a photo of a soldier carrying a donkey on his back went viral on the internet. It was claimed that the photo is from World War II and the soldier is carrying the donkey in order to stop it from detonating a mine on the minefield. The photo was unusual and amusing at the same time as the donkey could be comfortably seen seated on the soldier's back. The photo claimed furthermore that if the donkey was allowed to roam freely on the minefield, it would have killed many people along with itself. Check out the photo below - 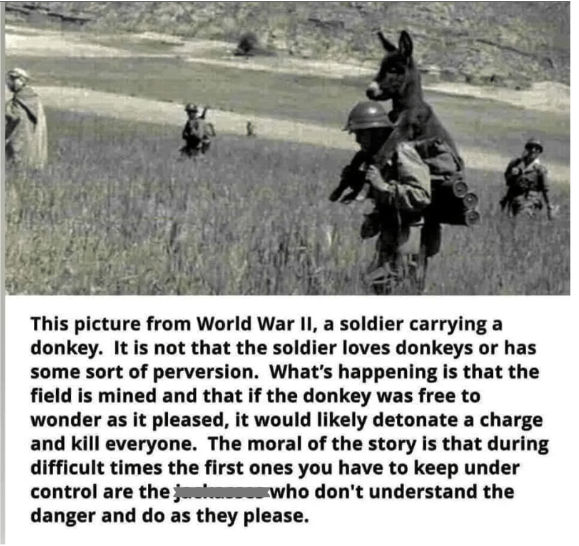 The photo of a soldier carrying a donkey was indeed true but it did not belong to the time of World War II. The picture is reportedly from 1958's Algerian War. The Algerian War was a war against the French forces based in Algeria during the colonial era. The photo actually showcases a soldier rescuing a donkey from starvation and carrying it back to the base. The donkey was reportedly nursed back to health and given the name Bambi. This incident has been recorded in the 1991 book History of the Legion by Douglas Porch.

The photo first started circulating on various social media platforms like Facebook and Instagram. The message was reportedly spread across the internet as an example of how one person can cause big effects, in the context of the ongoing coronavirus outbreak. The photo also found its way to WhatsApp and spread across the messenger in the form of forwards.

As the photo of the soldier carrying donkey went viral on the internet, many people started searching for the real story behind the photo. This resulted in a surge of Google searches for the same. Check it out below - 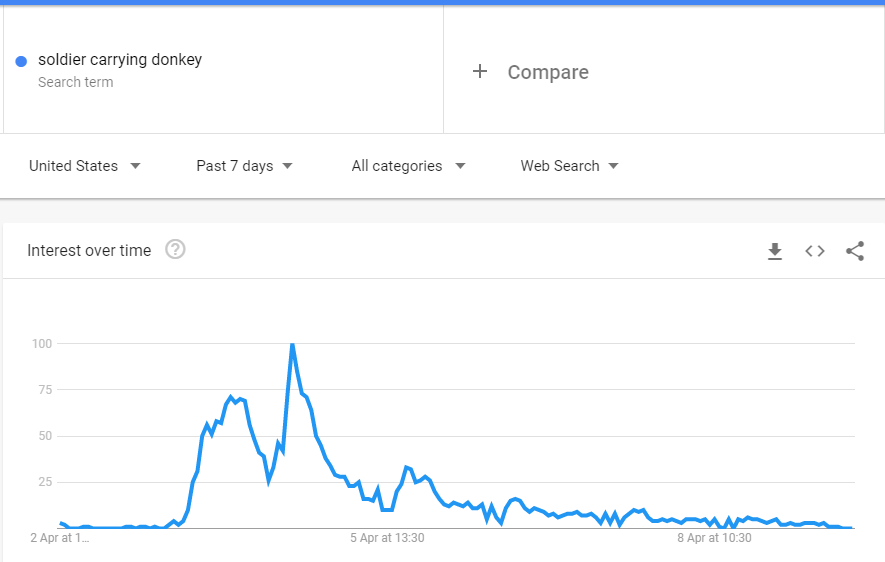 Also read: Fact Check: Is the picture of a 13-year-old boy in UK passing away due to COVID-19 real? 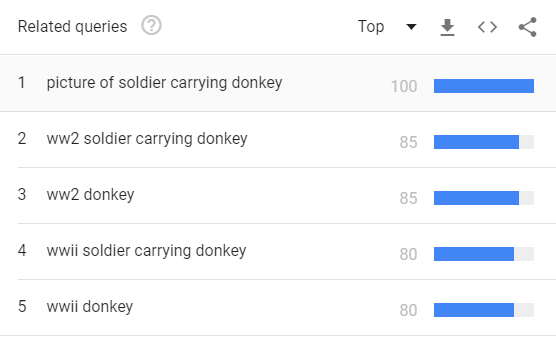