Fact Check: Did Pentagon Confirm UFO Sightings And Release Videos Of Them?

Fact check: Various stories about the Pentagon confirming UFO sightings were going viral on the internet, they have now been proven true. Read details.

The United States Department of Defense has its headquarter in the Pentagon which is based in Virginia. Often, videos about UFO sightings go viral on the internet but they are never confirmed by the government authorities of the USA. In a one of its kind moment, people around the internet are reportedly asking 'Did the Pentagon confirm UFO sightings?' Never has an official governing body confirmed the existence of Unidentified Flying Objects but it looks like the claims made by many netizens are actually true.

Recently, various social media conspiracy pages and YouTube channels started posting videos titled 'Pentagon confirms UFOs' or 'Pentagon releases UFO videos'. This isn't the first time videos claiming 'Pentagon releases UFO videos' have gone round the internet, in fact, it has been a common occurrence in the past decade or so for UFO sighting videos to go viral on social media. But this time around, an official authority like the Pentagon was associated with the claims. 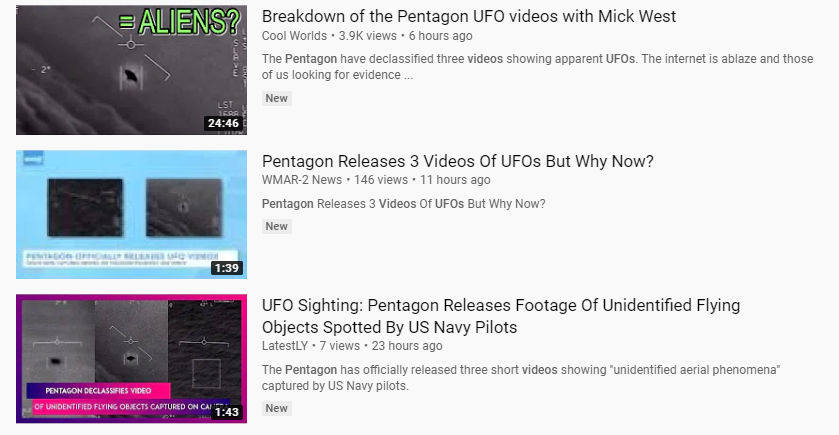 A company named To The Stars which focusses on aerospace and science along with entertainment had previously alleged that the Pentagon has a few UFO sighting videos which should be made public. Three such videos have now been released by the Pentagon officially. But, that cannot be deemed as 'Pentagon confirms UFOs' as the official statement describes the unidentified flying objects and 'Unidentified Aerial Phenomena'.

On the other hand, the official Pentagon statement reads that the three videos have been carefully curated to make public as they do not reveal any sensitive systems or capabilities. This convoluted statement by the Pentagon has evidently confirmed the existence of UFOs indirectly.

This week, history was made. #Pentagon officially released 3 Navy videos acknowledging the existence of #UAPs and confirming that footage that was taken by U.S. Navy fighter jets was authentic. Read more from TTSA here: https://t.co/K9yxDT8fvi pic.twitter.com/GHhinaPvzh

The videos which have been made public by the Pentagon now were initially released by To The Stars company between December 2017 and March 2018. The videos are from back in 2004 when retired US Navy pilot David Fravor spotted the unidentified aerial phenomena. The former US Navy pilot also spoke to a leading news daily back in 2017 and revealed that the flying object rapidly accelerated to the South and disappeared within seconds. 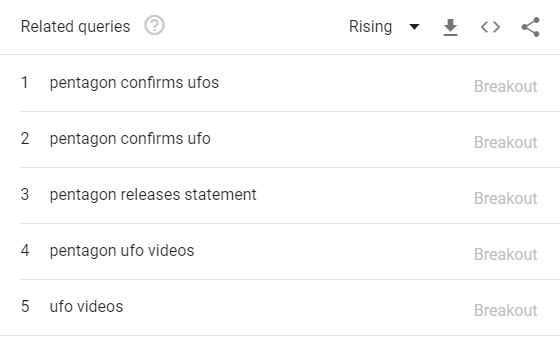