Fact check: Recently, netizens were claiming that Dr Judy Mikovits was sent to prison for exposing the COVID-19 pandemic, but it has been proven false.

The ongoing coronavirus pandemic has evidently become a global concern as a threat looming over people's lives. But during these times too, a number of conspiracy theorists around the world haven't refrained from sharing various different theories which can be easily discredited. Now, Dr. Anthony Fauci, who is one of the key members of the American coronavirus task force, has been brought into the negative light by one of his ex-employees named Dr Judy Mikovits.

Various social media posts were recently claiming that Dr Judy Mikovits was put behind bars for exposing the ongoing corruption in the government with regards to vaccines. Dr Judy Mikovits is also being considered as a whistleblower by many internet users who are now praising her putting forward her story. While internet users are celebrating her for going to jail for bringing corruption to light, the reason behind her imprisonment is completely different. 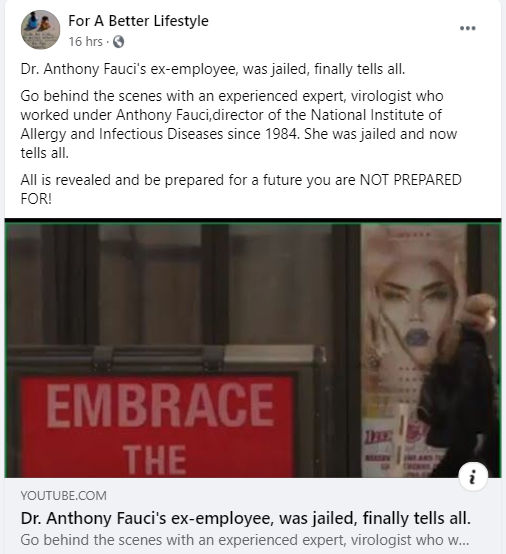 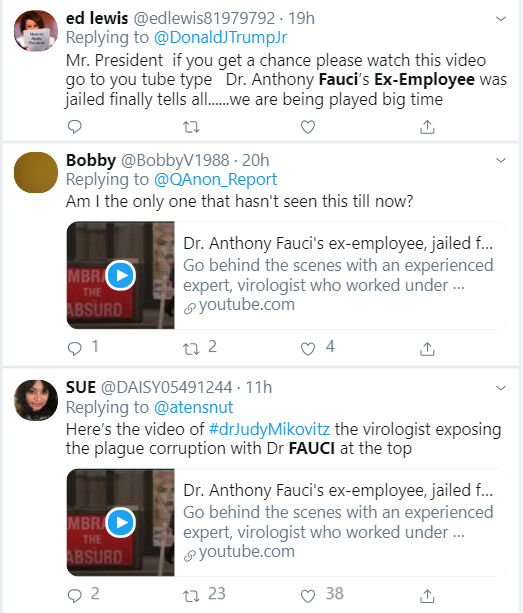 Why was Dr Judy Mikovits in prison?

Dr Judy Mikovits, who is Dr Athony Fauci's ex-employee was arrested in 2009 for strong information in her personal e-mail and laptop of a non-profit organization. This organization was based on the campus of the University of Nevada which also lodged a restraining against Dr Judy Mikovits. The doctor was working at the Whittemore Peterson Institute where she developed a study that claimed that chronic fatigue syndrome was caused due to a virus.

This study was later retracted as it couldn't be proven true by the scientific community. The WP institute reportedly wished for Dr Judy Mikovits to not tamper with the study anymore after it was rejected, but she still went on to do so without any permission from higher authorities which landed her in jail.

Dr Judy Mikovits did not go to jail for finding a breakthrough in the scientific community but for tampering with official and confidential documents. Currently, Dr Judy Mikovits has featured in a documentary series titled Plandemic, where she claims that the ongoing coronavirus outbreak has been carefully designed by the use of vaccines. Dr Judy Mikovits is a vocal anti-vaccine activist and can be often seen discouraging the use of them.

Also read: Fact check: Did China cancel the US Dollar peg at the stock market?

We introduced, unwittingly and unknowingly into the human population a new family of retroviruses that has long been associated with cancers, Leukemia, Lymphoma...@sayerjigmi joins me on the 9-part docu-series "The Truth of Vaccines".